Oxford on the Move: Ian Banner’s tireless efforts consistently pay off for students 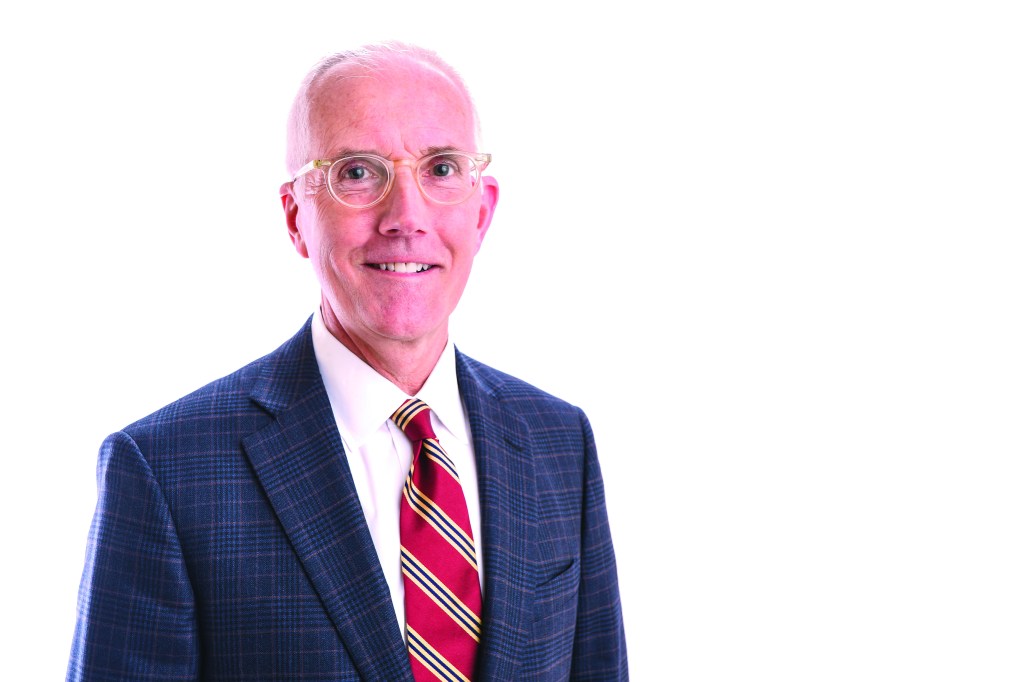 Ian Banner got some tough love from his mother growing up across the pond when she told him to get out of the house and get a job.

Looking back, Banner is glad she did.

He’s turned that order into his life’s work of trying to ensure those who spend their days going from one building to the next have the best experience possible on Ole Miss’ campus.

Banner has been the university architect and facilities planning director for the last 12 years. Whether it’s the construction of new buildings, capital improvement or renovations to any of the 197 buildings already on campus, it’s Banner who oversees such projects.

Banner’s office works with the administration and finance office to coordinate budgets for new projects, figuring out exactly what funds are available and how much money will be allocated to each project. Most of the funds come from the school, Banner says. While Ole Miss gets occasional financial assistance from the state, bonds and donors help keep up with an ever-growing student body that reached 20,455 on the main campus for the 2016-17 academic year, according to enrollment numbers provided on the school’s website.

“There’s been enormous growth on campus,” Banner says. “We need more of everything.”

That’s where Banner comes in with the university’s master plan, a fluid document Banner works to update every five or six years with new infrastructure if needed based on future estimated growth. The process involves more meticulous planning when building on a campus with more than six million square feet because “if you put one building in the wrong place, you can incur millions of dollars worth of infrastructure, redesign and reconstruction,” Banner says, but the work is done with the comfort of the faculty and students in mind.

“Giving students the right spaces to learn, that’s what we’re about.”

At age 59, Banner says he’s still passionate about a profession he stumbled upon as a teenager.

Growing up in Langham, Rutland, one of the smallest villages in England, Banner quickly became enamored with soccer and thought the sport was his future. But his mother’s insistence got him a job at the University of Leicester research library, which eventually led to another gig as an architect’s assistant.

“Despite the fact that it was sort of forced on me, it wasn’t long before I was reading architecture books and journals and going to see buildings,” Banner says. “I was truly bitten with the bug at that time.”

“I was 17 1/2 years old, and I didn’t know what was going to happen tomorrow, but what a great decision,” Banner says. “How thankful can you be to your mother for kicking you in the rear and telling you it’s time you make a change? If it hadn’t of been for that, who knows? It’s funny where life’s journey takes you.”

Banner attended architecture school at Plymouth University and got his research degree at the University of Cambridge. Banner soon made the permanent move to the States at a firm in Starkville, a place he was familiar with after spending a semester studying at Mississippi State.

In the summer of 2004, Banner received a phone call asking if he was interested in being Ole Miss’ architect. He started in December and was named director of facilities planning shortly thereafter.

Banner oversaw the construction of the Robert C. Khayat Law Center which opened in 2011 while other major tasks are in the works.

A $58 million facelift to the student union, which will be renovated and expanded with an additional building, has begun. With a six-court indoor tennis facility could be completed by the end of the year. An additional parking structure is coming this summer. A new 240,000-square-foot STEM building for science and engineering classes is in the planning stages.

Banner’s work never stops as he tries to do his part in making the college experience an enjoyable one for everybody.

Favorite thing about our community:  “I enjoy spending time at home and relaxing, and this is a great town to live in. I’ve thoroughly enjoyed it.”