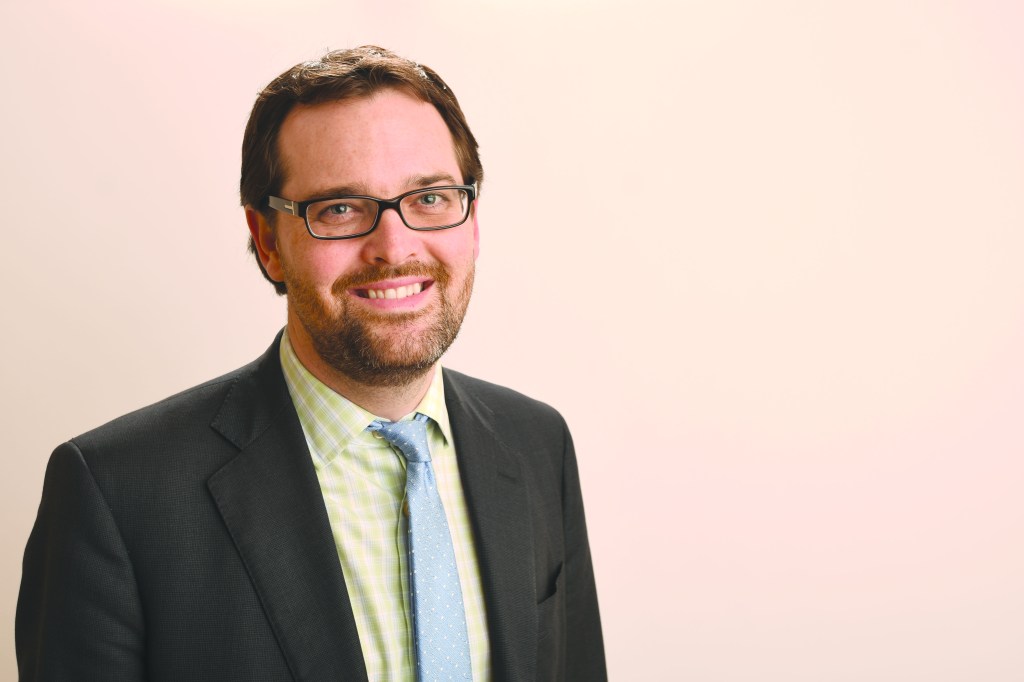 Kevin Frye is not a native of Lafayette County, but he loves it as if he were born and raised here. The Oxford attorney, county supervisor, husband and father says there is no other place he would rather live and wants to contribute to the growing community.

When Frye sought public office in 2015, he had a vision for the direction of Lafayette County that along with improving roads and infrastructure also includes making technological advances for all residents of the county through providing high-speed internet, availability of natural gas and updating a comprehensive plan as a guide for the fastest growing county in Mississippi.

“The foundation for me running was that I saw an opportunity for Lafayette County to get out ahead of growth that we all know is coming,” Frye says. “From a planning perspective, the growth is pushing further and further into the county.”

Before that growth extends further, Frye felt it was important to get a baseline of the community’s expectations and translate that information into a plan that allows growth to “occur responsibly in a way we can all be proud of in the long run.”

“We are blessed in Lafayette County to have a thriving community and to have growth that other places in our state and our country don’t have,” Frye says. “But in order to continue success, we’ve got to be able to sustain that growth.”

He says proper planning and researching smart growth can aid in the development of the community.

“Rather than let growth happen to us, and then 10, 15 or 20 years down the road have to deal with negative consequences, what I wanted to do was get out ahead of the growth,” Frye says, adding that every decision the Board of Supervisors makes when they approve a new development or new business will be part of the community for decades, either positively or negatively.

“That’s really why I ran for office,” Frye says.

He said planning is economic development and believe communities that have been successful focus more on quality of life issues rather than trying to lure a huge company to create jobs.

“If you can create a good quality of life, which we have here, then people will come,” Frye says. “We’ve seen the benefits of that. But you have to always stay out ahead and continue to enhance it. And make sure as we grow, there are certain things that will change or be different. So when you hear folks talk about Oxford or Lafayette County in the old days, there’s a lot of nostalgia for that. But hopefully, there is optimism for the future.”

He says that nostalgia combined with optimistic future is what draws young families to come to Oxford and Lafayette County, as well as keep those who grew up here or went to college here to want to stay and raise their family.

He is a product of that situation.

At 22 years old, Frye came to Oxford to go to law school at Ole Miss after earning an undergraduate degree in music education in Oklahoma. Two of his former music professors retired from Oklahoma and came to the University of Mississippi, while Frye and five friends from Oklahoma came to Ole Miss to get masters degree in music in the fall of 2002.

“I thought I was going to be a band director,” Frye says. He decided to attend law school instead.

He also made a life-changing connection while attending the Double Decker Festival with his great dane.

“She was walking her great dane and I was walking mine and literally we ran into each other,” Frye says of meeting his now wife Ashley in front of where the Graduate Hotel is now. “We would have never met without the dogs. She was coming down Lamar and I was coming up Jefferson. It was pretty cool.”

They now have a nearly one-year-old son named Liam and their second child is due in June.

They are also actively involved in their church as members of St. Peter’s where Frye was recently voted onto the vestry. He’s also a past member of the Theatre Oxford board, historic preservation commission and the parking commission.

After completing law school, he moved to Jackson to work at a big law firm and stayed there for less than two years but made the decision that if he was going to live in Mississippi, it would be in Lafayette County. He returned to Oxford and opened a law practice ten years ago.

“But Oxford is the only place I’ve chosen to live,” Frye says. “I have spent my adult life in Lafayette County and it is home to me. I fell in love with Oxford and Lafayette County for a lot of the same reasons other people do and decided I wanted to be here long-term.”

Profession: Attorney and Supervisor for District 1

Worth Knowing: Has a music education degree, as well as a law degree.

Favorite Thing About Our Community: The camaraderie and fellowship shared by our residents.