Cultures intersect in the Mississippi Delta with the Chows in Clarksdale 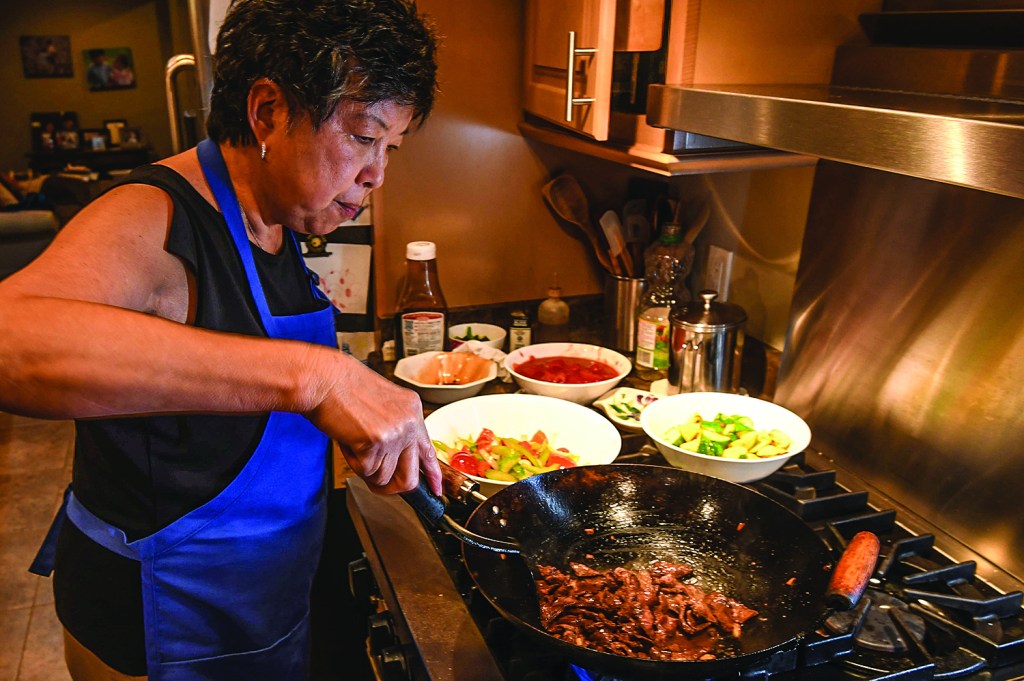 Sally Chow prepares a meal in her Clarksdale kitchen. She and her husband Gilroy are featured among other top chefs in “Sour, Sweet, Bitter, Spicy: Stories of Chinese Food and Identity in America,” an exhibition running through Sept. 10 at the Museum of Chinese in America in New York City.

Gilroy and Sally Chow are among the 30-plus Chinese and Asian American chefs featured in “Sour, Sweet, Bitter, Spicy: Stories of Chinese Food and Identity in America,” an exhibition running through Sept. 10 at the Museum of Chinese in America in New York City. The dozens or so honored range from Michelin-ranked chefs and TV personalities to home cooks, all with personal stories that define Chinese food in America.

At the Chows’ Clarksdale home, an heirloom wok that’s been in the family for more than 50 years, holds their story of a crossroads where cultures intersect, and some Mississippi Delta ingredients hop in for the ride. Southern fried rice is where they’re headed this night, prepared in a custom-made cooker on wheels.

“You don’t see this anywhere else,” said Gilroy, a retired engineer whose career included building lunar modules for NASA. “This is completely homemade,” with steel plates, pipes and holes to maximize heat at the bottom, “and that’s very intentional.”

A toss of salt hits the iron and gravity pulls a swirl of oil toward the center. Garlic and ginger sizzle there at the start, then a confetti of ingredients joins the party. Shrimp, peas, ham, celery, onion, egg, bacon and a lot of cooked and seasoned rice go in, all in optimal order.

“Two things make it Southern, that you don’t see in (Chinese) restaurants,” he said. “It’s the bacon and the ham.”