Ole Miss has to ‘make shots’ against Syracuse’s trademark zone 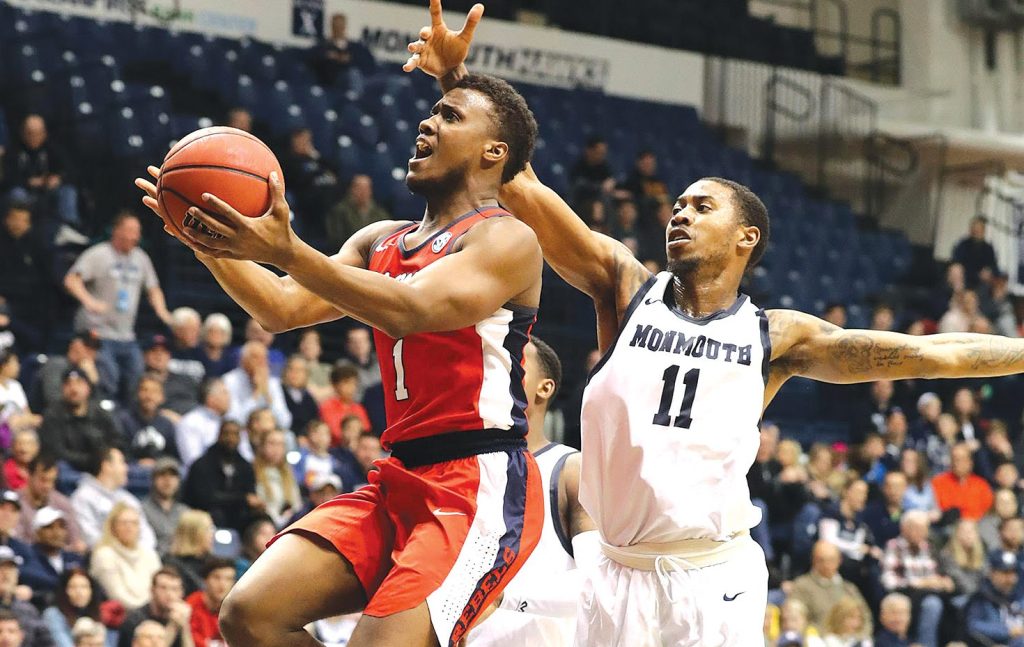 Andy Kennedy has coached against it multiple times.

And Ole Miss’ coach knows if his team is going to crack Syracuse’s trademark 2-3 zone defense enough when the teams meet in the second round of the National Invitation Tournament on Saturday at the Carrier Dome (10 a.m., ESPN), it will require the Rebels to perform one of the sport’s most basic tasks.

“Ultimately we’re going to have to step in and make some shots in order to have a chance to survive,” Kennedy said.

It’s simple enough in theory, but it’s anything but easy against the collection of athletes Syracuse coach Jim Boeheim annually has at his disposal. Boeheim has made the disruptive defense a staple by recruiting long, rangy players at every position on the court, helping him pile up 903 wins during his legendary 41-year tenure with the Orange (that total doesn’t include the 101 wins Syracuse was forced to vacate as part of sanctions handed down by the NCAA in 2015).

Kennedy saw it first-hand in the old Big East as Cincinnati’s interim coach when the Bearcats won one of their three matchups with Syracuse during the 2005-06 season, and the Orange’s defense doesn’t look much different 11 years later with John Gillon (6-foot) being the only player in Syracuse’s regular rotation shorter than 6-5. Tauren Thompson, at 6-10, mans the middle while rangy guards Andrew White (6-7) and Tyus Battle (6-6) shrink the floor on the wings, forcing teams to usually try to finish over the top.

“The reason they’re so successful is because of their commitment to the zone,” Kennedy said. “The way that they shift in it is unique to the way that (Boeheim) runs it. They’ve got such length and athleticism across the board. … I watched them (Wednesday) night. They’ve still got really good players. They’re long, they’re athletic, and they score the ball pretty easily.”

A 36-percent shooter from deep during the regular season, Deandre Burnett has made 10 of his last 18 treys to fuel the recent spike from beyond the arc for the Rebels, who have averaged nearly 84 points in their last five wins. Ole Miss will need to keep sinking their fair share of shots against the top-seeded Orange, who scored 90 points against UNC Greensboro in their first-round win Wednesday.

“That’s the one thing the zone forces you to do is to make shots, and really that’s kind of been our MO,” Kennedy said. “When we make shots, we’re a pretty good team. We’re going to have to certainly make them Saturday.”

Kennedy said Burnett’s aching knees are “not feeling any worse,” but the Rebels’ junior guard is also dealing with a thumb injury. Burnett will tape it up and continue to play for the duration of Ole Miss’ run in the NIT before addressing both in the offseason.

“He’ll be in line for a couple of medical procedures as soon as we’re done,” Kennedy said.