Rod Barnes vs. Ole Miss? It could happen 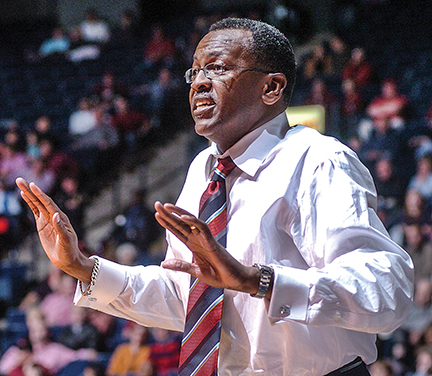 We have celebrated the post-season success of Ole Miss basketball and coach Andy Kennedy. But there’s another Rebel making a late season statement worth celebrating.

Our beloved Rod Barnes, the former Ole Miss basketball star player and coach, is leading Cal State Bakersfield on a surprising push through the NIT, a story made all the more interesting because Barnes and CSB are becoming a college basketball team of reckoning despite being relatively new to NCAA Division 1.

And get this: If Ole Miss wins tonight in the NIT and CSB wins its game Wednesday night, the teams will meet in the NIT Semifinals in New York. That’s right: Rod Barnes vs. Ole Miss.

It’s almost too good to be true, so we’ll hold the excitement for now.

Barnes landed at CSB on a recommendation from another Ole Miss and Oxford friend, Dr. Thomas Wallace, a vice chancellor for student affairs at Bakersfield.  So it’s an all-in-the-family affair, especially considering that Barnes’ son, Brandon, who spent many years in Oxford schools, works on the CSB basketball staff.

The success of Barnes at CSB is no surprise and we are proud of the man who will always be a Rebel. We’re also hoping to see him in New York for a sort of family reunion.