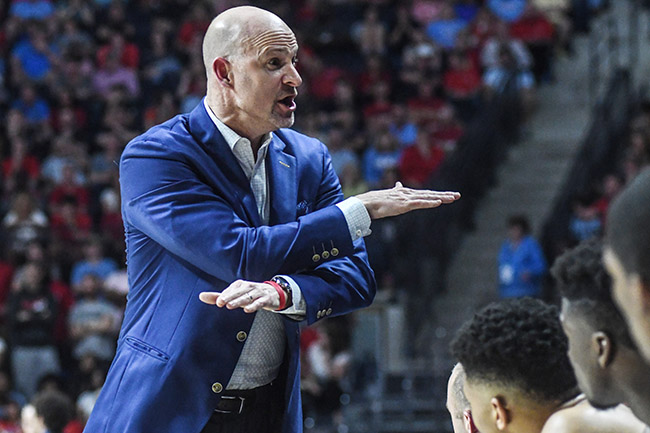 Their three tournament games produced a road win over one of college basketball’s bluebloods in Syracuse, one last home game for seniors Rasheed Brooks and Sebastian Saiz, and, most importantly, a few bites of the postseason that most of Ole Miss’ players had never tasted. I’m not sure how much I buy the last couple of weeks serving as momentum for next season seeing how the Rebels won’t play again for seven months, but for a team that’s only losing two players from its regular rotation, that kind of experience is invaluable.

But Ole Miss did all of this in the other postseason tournament, and no amount of winning was going to change that. Instead of the NCAA Tournament, Ole Miss bowed out in the National Invitation Tournament for the sixth time in Andy Kennedy’s tenure.

Ole Miss has missed out on the NCAAs the last two years, making it nine out of Kennedy’s 11 seasons at the helm the Rebels have failed to dance. Kennedy will have the chance to get Ole Miss back there, and it’s one he more than deserves.

The dean of SEC men’s basketball coaches, Kennedy has piled up 234 wins, more than anybody in Ole Miss history. Kennedy has never had a losing season at Ole Miss, and this 22-win campaign makes it nine times the Rebels have reached 20 wins under Kennedy after they had just seven such seasons in the first 96 years of their existence. While NCAA trips are lacking, Kennedy is still responsible for leading Ole Miss to 25 percent of its tournament appearances all-time.

And when you consider Kennedy has done this coaching most of his games in the outdated Tad Smith Coliseum that long put the program at a recruiting disadvantage, it’s borderline miraculous what he’s done in Oxford.

But the Tad Pad is history. The Rebels just wrapped up their first full season in the state-of-the-art Pavilion, a $96.5-million answer to the question of whether or not Ole Miss is serious about basketball. And Ole Miss didn’t make that kind of upgrade to host NIT games.

Looking ahead to next season, the Rebels have two quality pieces to start with in Terence Davis, who broke out as the SEC’s most improved player this year, and Breein Tyree, who looks like he’ll finally bring some stability to the point and should take another step as a sophomore when he’s fully healthy. Leading scorer Deandre Burnett will also be back, though he needs to become more efficient after shooting just 35 percent this season.

The obvious concern is replacing the double-double machine that was Saiz, but Ole Miss will have a legit 7-footer to help with that in sophomore transfer Dominik Olejnicak as well as 6-11 Karlis Silins (torn ACL) to complement Justas Furmanavicius and Marcanvis Hymon with some much-needed girth and depth in the frontcourt.

Kennedy has two scholarships he can use this spring if he chooses. If he does, I expect him to add graduate transfers, likely a guard and a big, and I wouldn’t be surprised to see more spots open up with more attrition (Donte Fitzpatrick-Dorsey has been squeezed out of the rotation and is a prime transfer candidate).

Oh, and Ole Miss has a pair of top-150 national recruits set to arrive this summer in Oak Hill standout Devontae Shuler and forward Jamarko Pickett, not coincidentally the product of Kennedy having his first full calendar year to use his new palace as a selling point. They’ll join three-star guard Parker Stewart to give the Rebels that first real wave of premier talent they hope will make the difference against the better teams that Ole Miss has struggled with lately (the Rebels were 2-9 against top-50 RPI teams this season and have beaten just three NCAA Tournament teams the last two years), particularly at The Pavilion, which is where the Rebels blew most of their chances this season.

A 15-point loss to Middle Tennessee State was bad, losses to Georgia and Texas A&M were costly, and a loss to then-No. 5 Baylor — a game Ole Miss led by 10 five minutes into the second half — was the one that got away. The Rebels lost six games on their home floor.

“That’s inexcusable. We’ve got to do a better job,” Kennedy said. “I’m going to really evaluate in the offseason ways to maybe eliminate some distractions. Something is going on. We just don’t seem like we’re locked in.”

Kennedy’s been able to get Ole Miss to the NCAA Tournament with a lot less, so the natural expectation is for him to get Rebels back there with a lot more. It’s time for Kennedy to turn his program into one that makes NCAA appearances more the norm than an anomaly.

There’s no excuse not to.