Oxford on the Move: Bill Rayburn’s MTrade is leaving footprints throughout the entire country 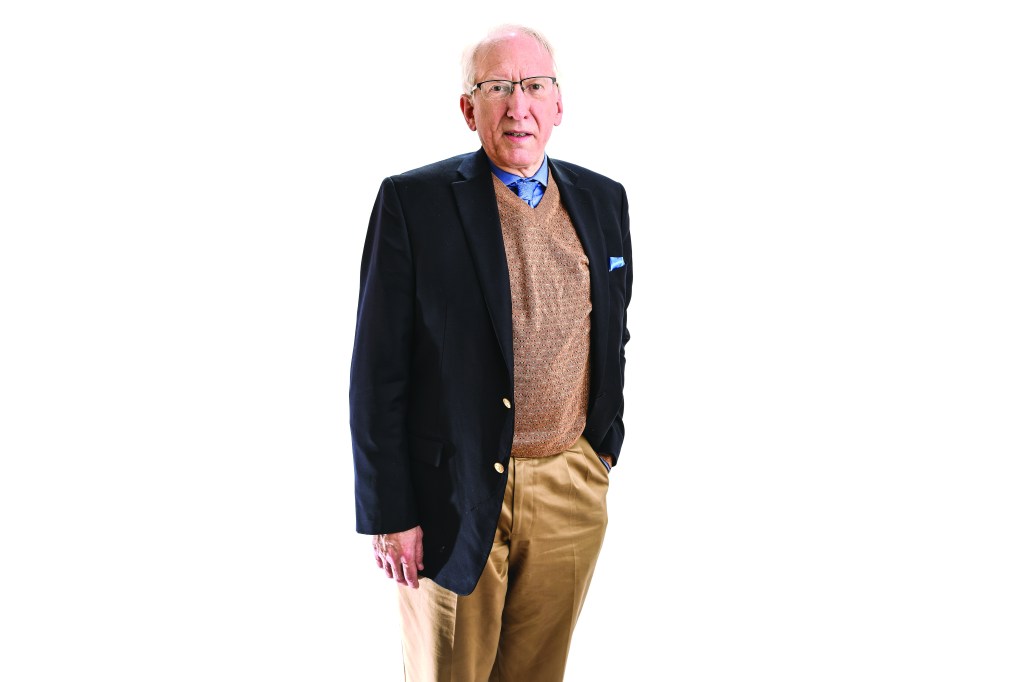 FNC is a storybook startup that changed the mortgage industry and helped shape Oxford for the better with its impact and growth. But we have not seen anything yet.

MTrade, Oxford’s newest mortgage software startup, could change the way home loan banking is done in this country, and ultimately be 10 times bigger than FNC if everything goes according to plan.

That’s the sense one gets when talking with Bill Rayburn, Oxford’s hyper-driven software company CEO who sees a land of opportunity in America’s burgeoning mortgage business and is on a mission to seize the opportunity.

So far, so good since Mortgage Trade (mtrade.com) started with just 18 employees in 2016 and now has more than 80 employees, including almost 60 in Oxford. They work quietly at the enterprise center – “I’m frugal,” Rayburn says – in hopes of one day making significant noise on the national level by streamlining the messy mortgage business into a cleaner, more organized process with less manual data entry.

Rayburn, 58, is a former Ole Miss professor who was a co-founder of FNC and the company’s CEO for many years, helping that company realize a $475 million sale to CoreLogic in 2016.

FNC, a mortgage technology leader with products that became a banking industry standard, was built on its ability to create integrated mortgage processing for America’s biggest banks.

But there was a smaller part of FNC’s business the company had been dabbling in since 2011 related to all the data that’s embedded in a mortgage and needs to be organized when mortgages are sold across the industry from one owner to the next.

“When FNC sold to CoreLogic this was one part of the business they didn’t want,” Rayburn says. “I did want it.”

His reasoning was simple, though finding the solution is anything but simple. Mortgage files are put together differently by local banks throughout the country. And that’s a problem since the local banks often sell their mortgages into larger holdings, meaning that ultimately different styles of files have to be input to yield something that’s similar.

“A local bank or mortgage lender is going to make you a loan,” says Rayburn, explaining how it works. “They have to liquidate that loan. The bank takes that promissory note and deed of trust and sells it to somebody.

“That file looks different coming from one local bank to another,” Rayburn says. “They all look different, and it is a mess. You send that file to (MTRade) and we pull all that data out that everybody will need downstream and organize it. When you get ready to sell, you just access it and transfer.”

Having the information streamlined could save the banking industry so much time and informational heartache that MTrade could literally change the mortgage industry, eliminating hours of manual data entry for each mortgage.

“Clients can focus on deals instead of sorting through files,” Rayburn says. “They are able to scale effortlessly using fewer people. Most manual intervention is eliminated from the processes.”

MTrade already has clients and footprints throughout the country, with an office in Manhattan near Trump Tower. Rayburn spends some time there each month, and regularly visits Southern California and Dallas for work.

But he’s determined that this next big thing he and the team are hard at work on stays rooted in Oxford and becomes the city’s next big startup success story. This is home, he says, and he believes MTrade can have a lasting impact here.  He talks about the talented employees on the mission to change the mortgage industry and believes that they have the capacity to revolutionize one of America’s biggest businesses.

“This is the biggest market in the world,” Rayburn says. “We are building a platform to change how mortgages are traded. If we are successful you won’t have to ask anybody. You will know it.

“I tell our people, if we are successful at building new mortgage platform they will all be wealthy and famous.”

MTrade started with five customers and the sales curve is long since big banks don’t typically pivot quickly, but the business has grown faster than Rayburn expected. The company has raised $15 million in capital so far to get started, and that’s less than he anticipated they would need initially.

Some 9 million or more mortgage loans close in America annually, which means that MTrade’s opportunity is large if its solutions can become a standard for the industry.

But, Rayburn says, it can and should happen – with a company based in Oxford and a talented and determined team leading the way.

Worth Knowing: Bill was co-founder and CEO of Oxford-based FNC.

Favorite thing about our community:  “I could’ve lived anywhere I wanted to in doing this but Oxford is home. I can easily drive to work, the crime is low and the quality of people and life is high.”