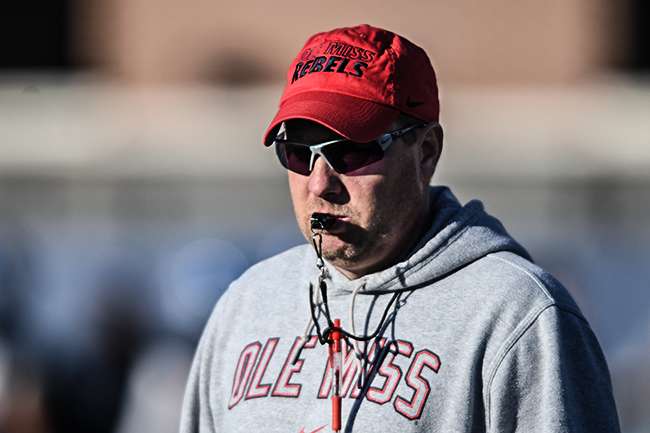 Hugh Freeze wishes it wasn’t with Ole Miss’ most dominant SEC West rival, but that’s the only gripe Freeze has about Dan Werner’s new gig.

Fox Sports reported Tuesday that Werner, the Rebels’ former offensive coordinator, had been hired in an off-field role at Alabama as an offensive analyst. Freeze fired the only offensive coordinator he’d had in his first five years in Oxford in December as part of a significant staff shakeup following a 5-7 season.

Freeze said he got a phone call about Werner’s candidacy for the position on Nick Saban’s staff and “talked to him all the way through it.”

“Hopefully I helped him,” Freeze said. “I don’t know if I did or not. He got it, so I didn’t hurt him. I think Dan is a heck of a football coach and even more of a quality man. He deserves any opportunity he gets, and I’m really happy for him. I hate that it’s in the SEC West, but that tends to happen.”

As for any advantage Alabama may get on Ole Miss by bringing Werner aboard, Freeze said he’s not worried about it.

Tyler Siskey made headlines in 2013 when he, then Alabama’s director of player personnel after being Ole Miss’ recruiting coordinator the year before, was spotted by TV cameras in the coaches’ booth looking through binoculars during Alabama’s game against the Rebels in Bryant-Denny Stadium. The Tide won 25-0.

Ole Miss is installing a new offense under Werner’s replacement, Phil Longo, that includes new terminology and will feature different hand signals than what the Rebels have used in the past.

It didn’t come as a surprise to Freeze that Alabama was interested in Werner, who directed some of the Rebels’ most prolific offenses, particularly through the air. Ole Miss has finished in the top 15 nationally in passing each of the last two seasons and set program records in 2015 for scoring, touchdowns, passing yards, total offense and 50-point games.

Some of the Rebels’ best performances under Werner came against the Tide, helping Ole Miss win two of the last three in the series. Ole Miss has averaged 36 points a game against Alabama the last three seasons while scoring 43 and rolling up more than 430 yards in back-to-back years.