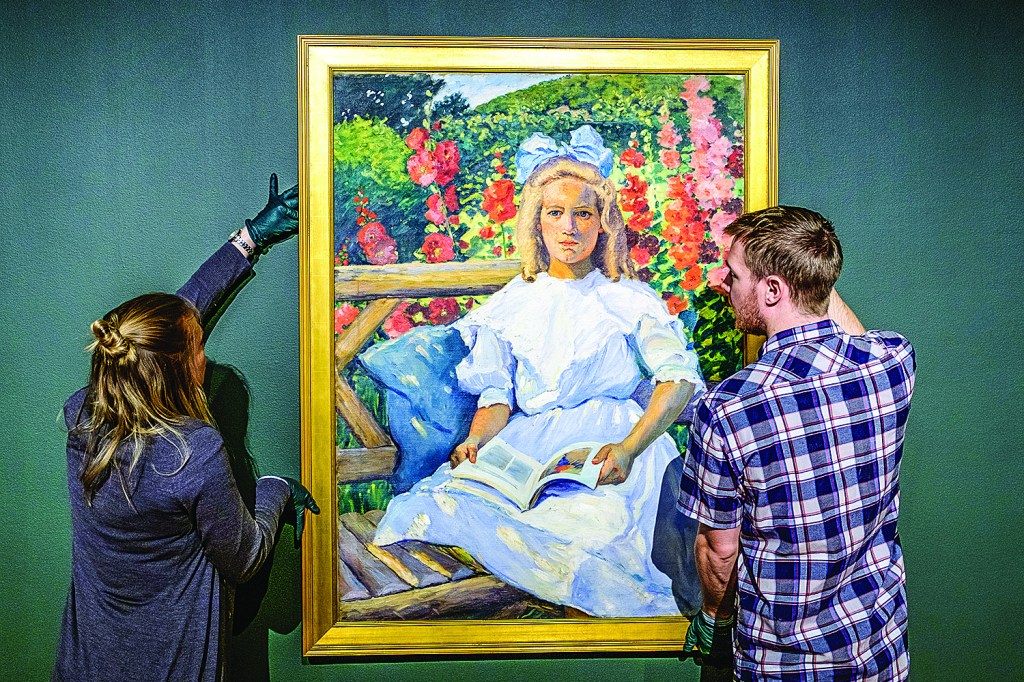 The largest exhibit in more than two decades featuring works by acclaimed Mississippi painter Kate Freeman Clark is set to debut March 28 at the University of Mississippi Museum.

The exhibition was developed by Guest Curators James G. Thomas Jr., associate director for publications at the university’s Center for the Study of Southern Culture, and Annette Trefzer, UM associate professor of English.

“The fact that there was an accomplished and prolific female artist in our neighborhood whose name I had never heard before was the magnet that drew me first to the Holly Springs museum,” said Trefzer, also owner of Bozarts Gallery in Water Valley.

The exhibition is a major event for the University Museum and for art lovers across north Mississippi, said Robert Saarnio, museum director.

“The University Museum is honored and thrilled to have developed this major exhibition of the work of Kate Freeman Clark, in partnership with our guest curators, the Holly Springs lending institutions and our donors who so graciously provided the required funding,” Saarnio said.

“The compelling story of this exceptional artist and the beauty of her work will captivate audiences and inspire a renewed appreciation for one of Mississippi’s artistic treasures.”

A Holly Springs native, Clark spent many years in New York City, where she studied under teacher, mentor and well-known American impressionist William Merritt Chase. She produced hundreds of paintings and had major exhibits at the Boston Art Club, Pennsylvania Academy of Fine Arts, Corcoran Gallery, Carnegie Institute, New York School of Art, National Academy of Design and the Society of American Artists.

After 27 years of painting and following the deaths of Chase and her mother and grandmother, Clark stored her entire collection in a New York City warehouse in 1923 and returned to Holly Springs, where she remained until her death in 1957. She left her collection and estate to the city.

An opening reception is set for 6 p.m. March 28 in conjunction with the Oxford Arts Crawl. The city’s double-decker busses will stop at the museum every 20 minutes for guest convenience. The event is free and open to the public.

“The main concept of our show is to highlight her work as that of a woman artist,” Trefzer said. “We also want to show the variety of work in terms of styles, themes and media that she created as a student. We call the show ‘Lasting Impressions’ because we want the viewer to confront her ‘impressions’ of the world around her, a domestic life largely dominated by her mother and grandmother, and her love of the landscapes, both cultivated and natural, that she painted.”

Both Thomas and Trezfer expressed special thanks to Walter Webb, director of the gallery in Holly Springs, for his assistance in developing the exhibit. They also hope the showing will boost support for continued conservation of the artist’s works, Trefzer said.

“These canvases have lasted more than 120 years, and we hope that with ongoing restoration efforts, more of them will be preserved for the future,” she said. “This is why we are also showing unrestored work. We want to make the public aware of this woman’s tremendously accomplished work so worth preserving and of her unique story that should be included in books of art history.”

A panel discussion on “The Art of Kate Freeman Clark” is slated for 1:30 p.m. March 30 at the museum, as part of the Oxford Conference for the Book. A reception will follow the discussion.

Panelists include writer, editor and scholar Carolyn Brown, who published award-winning biographies of Eudora Welty and Margaret Walker, as well as “The Artist’s Sketch: A Biography of Painter Kate Freeman Clark” (University Press of Mississippi, 2017). She will sign copies of the book at the reception.

The museum, at Fifth Street and University Avenue, is open 10 a.m.-6 p.m. Tuesdays through Saturdays. Admission is free. For more information, visit www.museum.olemiss.edu.