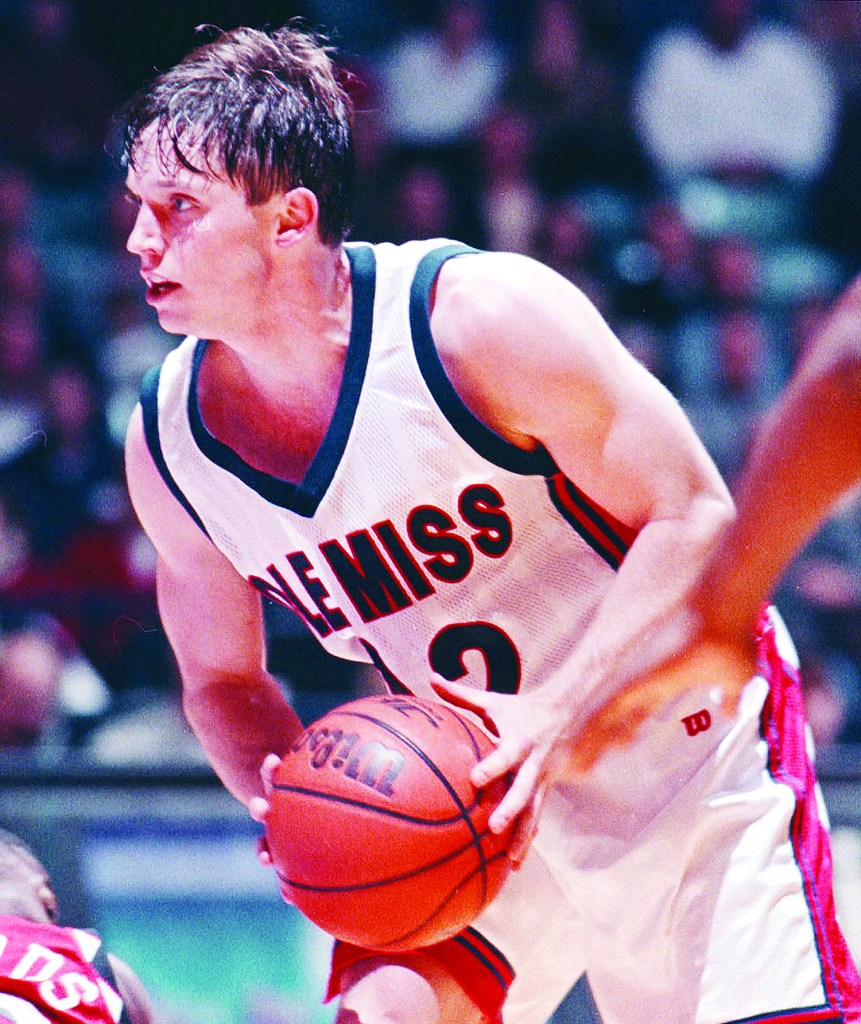 White played for Ole Miss from 1995-99 before eventually becoming an assistant under Rod Barnes and Andy Kennedy and then a head coach at Louisiana Tech and now Florida. (/Bruce Newman, Oxford EAGLE)

It couldn’t happen to a better Rebel.

Even if he is achieving it all in the name of the Florida Gators.

Mike White, head coach of the Florida basketball team that has advanced to the Elite Eight in the 2017 NCAA Tournament with a legitimate shot at winning it all, is one of a handful of all-time great Ole Miss basketball players who were both superlative on the court and off.

It’s an honorable group to be a part of, including the likes of Don Kessinger, Elston Turner, Carlos Clark and Keith Carter. White has a place in that elite group, having started all but nine games in a stellar four-year career from 1995-1999 that included three trips to the NCAA and a first-ever Rebel win in the national tournament.

And all along the way, he and close friend and fellow star Carter, now a senior athletic director at Ole Miss, did it with a style and a class that made the winning that much more spectacular.

The fact that White had a father thriving as a Division 1 athletic director at other universities made it clear to all when White was young that he was destined for major success after college.

But it doesn’t stop there. White met his wife, Kira, at Ole Miss and took a job as a young assistant here in 2004, coaching for seven years while simultaneously starting his family – having four of his five children born in Oxford.

In other words, he’s one of us.

Most were sure Mike White would be the head basketball coach at Ole Miss, and truth be told Mike White probably thought the same thing, and so did his father.

But timing is everything, especially in coaching, and the time came that Andy Kennedy had to help White find his own path.

That started with a head coaching job at Louisiana Tech, where White showed he had the goods for national success despite a young age. And Florida is no fool when it comes to basketball, so the Gators snapped up our Ole Miss alum and the rest is history being made before our eyes.

The Friday night thriller in the NCAA’s Sweet 16 when Florida’s Chris Chiozza flung a three-pointer into the basket as time expired after dribbling the length of the court will go down as one of the all-time great wins in tournament history.

White was so stunned and dazed by it all he didn’t so much as try to take credit for it in a post-game press conference as explain what everybody thought about the dazzling finish.

Wow is right, in more ways than that winning shot.

It will be easy pulling for Florida in today’s Elite Eight matchup against SEC peer South Carolina.

That’s because Mike White is a Rebel. And always will be.