Oxford on the Move: Michael Joe Cannon is living a dream 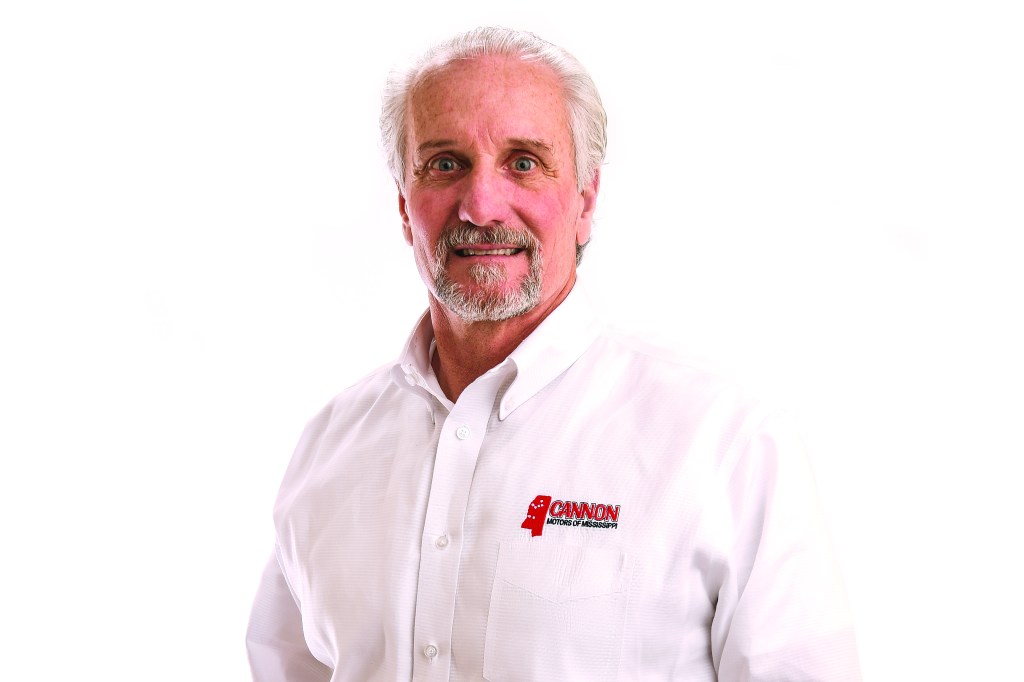 Oxford’s Michael Joe Cannon says he is living a dream – just not the dream he had as a younger man.

After starring in football as a linebacker at Northwest Community College and Memphis State (now the University of Memphis), Cannon wanted to one day become a head football coach in the Southeastern Conference.

Former Ole Miss coach Billy Brewer believed too, and gave Cannon a job first as a graduate assistant coach and then as a full-time offensive line coach. But life happens, and threw Cannon’s future plans off course.

Cannon’s father, who ran a used car lot in their hometown of Calhoun City, died in 1986.

“He had an office about this size,” Cannon says, making a small square with his hands, “and it had nothing more than half a light bulb and one lock on the door. It was small.”

When his father died, Cannon knew he needed to step in and help tie up loose ends. He planned to spend a year with the business, then get right back into coaching. One never knows what’s in store, however.

Cannon says he collected what money his father had out on the books for the dealership and reinvested that into more product for the lot. He found out along the way that he loved working with customers and loved helping them find cars.

“I didn’t know it at the time, but this was my calling,” he says.

Everything since that moment has been an incredible ride, Cannon says, though it certainly has not always been easy. He excelled at the used car business but the moment he decided to invest in the new car business, buying a Chevrolet dealership in Greenwood, 9/11 happened.

Cannon was living in Oxford at the time and driving back and forth to Greenwood. Eventually, he and his wife, Cheryl, knew moving to Greenwood was the right thing, and that made all the difference. They relocated in 2002 and got deeply involved in the community – a commitment that remains since they moved back to Oxford several years ago.

“I didn’t really know the new car business,” Cannon says. “Greenwood changed everything and charted the course for where we are today.”

They managed to survive the recession which allowed room for expansion.

“We had been blessed to hang on (during the recession),” he says. “Thing I am most proud of us we didn’t lay off one person during that time. We stayed in the black, even though it wasn’t much black. Not enough to talk about. But after that we were ready to grow.”

Michael Joe and Cheryl moved back to Oxford in 2012, and their son Tyler manages the Cannon Motors Ford/Lincoln store in Cleveland, adding another family member to the management team. Michael Joe is the leading face of the company in statewide and regional advertisements, pledging in his familiar voice, “Nobody beats a Cannon deal…NOBODY!”

The deal, of course, is about more than just price, Cannon says.

“We are selling the Cannon brand at all of our dealerships, new or used cars,” Cannon says. “You are going to get great service, a fair price and we are going to take care of you after the sale.

“If you bought a car in Vicksburg with Cannon and you pull into one of our dealerships in Oxford – you are our customer and will get our service.”

Cannon, 56, oversees about 400 employees in total these days, a big jump from that used car dealership in Calhoun City in the mid-1980s. It’s the employees that gets Cannon most excited when talking about growth since he enjoys seeing so many families find good jobs and opportunity.

“We wouldn’t be anywhere if we didn’t have this team,” Cannon says, using the words of a true coach.

Worth Knowing: Michael Joe was an assistant football coach at Ole Miss before taking over his father’s used car lot in the 1980s.

Favorite thing about our community: “When I was growing up in Calhoun City, a trip to Oxford meant visiting the big city, if you can believe that. So Oxford has always been special to me and we are glad to be home. Our children grew up here. They all went to Ole Miss. It’s just home.”