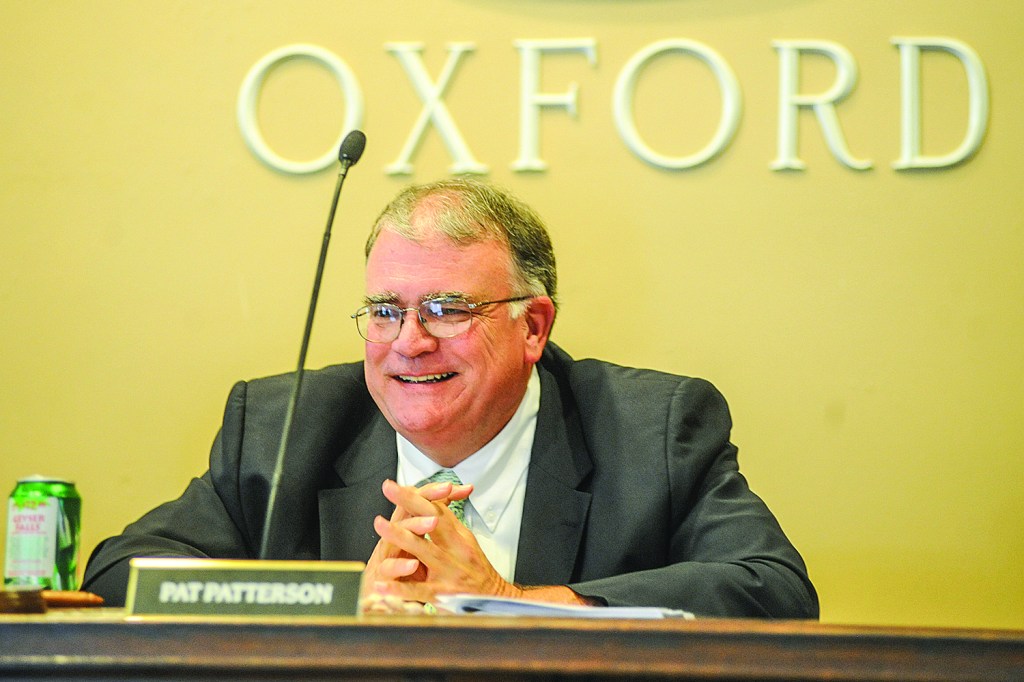 Oxford Mayor Pat Patterson announced in December he would not seek re-election. He was recognized this week by the Mississippi Legislature with a resolution for his years of service as a city leader.

Oxford Mayor George “Pat” Patterson was recognized by the Mississippi House and Senate Wednesday for his years of service as a city leader, before and during his eight years as mayor.

The resolution was authored by Oxford Sen. Gray Tollison and passed by both the House and Senate.

“We commend him for his service and extend appreciation for the difference he has made by guiding Oxford through unprecedented growth,” the resolution states.

In December, Patterson announced he would not be seeking re-election as mayor of Oxford.

Patterson, an Oxford native whose ties to Oxford go back six generations, graduated from Oxford High School and the University of Mississippi and went on to be one of the city’s most prominent businessmen.

Mayor John Leslie appointed Patterson to the Oxford Tourism Council in the 1980s, where he served for eight years. He has also served on Oxford and Lafayette County Chamber of Commerce and Economic Development Foundation boards. He served as an aldermen for eight years before being elected in 2009 as mayor.

“Under Mayor Patterson’s guidance, the city grew and developed while maintaining the charm of Oxford,” Tollison said in the resolution. “Not many communities can make the statement that you can walk anywhere day or night and feel safe doing so.”

“He has devoted a lifetime of energy and dedication to this city. To call him a great leader would be an understatement, and it is with great pride that we commend the enormous civic energy of a Mississippi citizen who is a wonderful example for public servants,” states the resolution.

Oxford House Rep. Jay Hughes said he is proud to join his fellow state representatives in recognizing Patterson’s dedication to public service. Hughes served on the Oxford Board of Aldermen with Patterson for three years before winning his seat in the House in 2015.

“Pat and I certainly had our testing moments, but something good always prevailed,” Hughes said. “His heart is pure and appreciated.”

Patterson said he appreciated the sentiments expressed by Tollison, Hughes and the House and Senate.

“It’s been my honor and privilege to serve the people of this community,” Patterson said Thursday after learning of the resolution. “They are my family.”

A copy of the resolution will be printed and presented to Patterson at a later date.