Oxford on the Move: Marvin King shares love of running with Oxford community 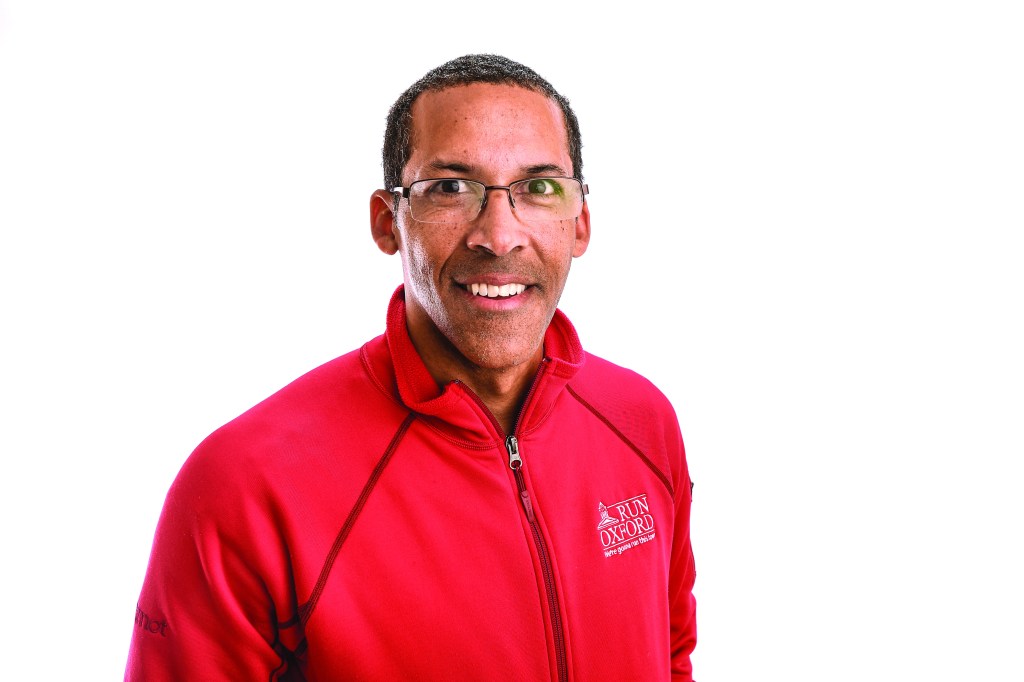 Moving from a big city like Dallas to Oxford can be a drastic change. In Marvin King’s case, it was not only a life-changing experience for him but also a benefit to the University of Mississippi and Oxford community.

King, an associate professor of political science and African-American Studies at Ole Miss, moved to Oxford in 2005 to work for the university while finishing up his doctorate at the University of North Texas.

“We have a lot more free time here because we’re not sitting or driving in traffic as much as in Texas,” he says with a half-smile. “This is the first time I lived somewhere where the university is so clearly the focus of the town … Here, the university’s the driving force of this community.”

King spent the first few years in Oxford in his “university bubble,” focusing on gaining tenure.

“Once I got tenured about six years ago, I became more active in the community as a whole, even though I was always active on campus,” he says.

During the 2008 presidential debate, King served as a political science media contact, fielding questions for dozens of reporters.

“Every election year I usually get calls from the media,” he says. “It comes with the territory.”

He first served on a subcommittee of the Yoknapatawpha Arts Council. He also served on the Friends of the Mississippi Public Broadcasting board. He has served on the Oxford Park Commission Board of Directors for almost four years.

He has been instrumental in moving OPC forward and planning for the future as OPC looks to expand with an additional building on the Oxford Activity Center campus.

“I clearly believe in sports and wellness, and parks are critical in having a healthy city,” he says. “I’m enough of an academic to know if someone is healthy, they do better in school and do better at work.”

While serving on the OPC board, King decided to look for ways to share his love of running and living a healthier lifestyle with the community.

After securing a $5,000 grant from the University of Mississippi to start the OPC’s Couch to 5K programs, he saw a need for those who completed the program to have a group where they were encouraged to continue their newfound love for running.

“I certainly didn’t want them to return to the couch,” he says. “I wanted a club for serious, committed runners.”

He started Run Oxford, which has quickly grown in membership.

“We have 1,000 people following our Facebook page now,” he says.

The group holds weekly runs, which can change depending on the season. Every Saturday, weather permitting, the group goes on long runs, between 8 and 18 miles. Shorter runs and workout sessions are held on Tuesday and Thursdays.

Each Tuesday, some of the Run Oxford group gathers at the Boys and Girls Club in Oxford to run a Mighty Milers group of about 20 children.

“We work with them, do some stretches, basic running, and exercises,” he says. “I’d really like to expand that program. Right now, it’s geared for children in kindergarten through fourth grade.”

King has been running for most of his life and runs about 1,500 miles a year.

“It’s a rush,” he says. “It’s like a runner’s high. I can be in a car and see someone running and wish I could go run. And the health benefits are so tremendous. Running is the foundation for every sport — basketball, football and soccer. You even run in baseball. Being a good runner can help athletes in whatever they do.”

Run Oxford hosts two large races throughout the year, including the Lee Family Dentistry Splash and Dash in the summer and the Great 38 Race in October.

King said he isn’t sure if he’ll remain on the OPC board when his term is up in August as he’s considering other ways to help guide Oxford’s future.

“We should grow, but grow smart,” he says. “I want to see the university get bigger and I want to see more people invest in their health and wellness. The quality of life should always go up for everyone. If you’re going to grow, you need to make sure everyone benefits.”

King and his wife, Amy Evans, have three daughters.