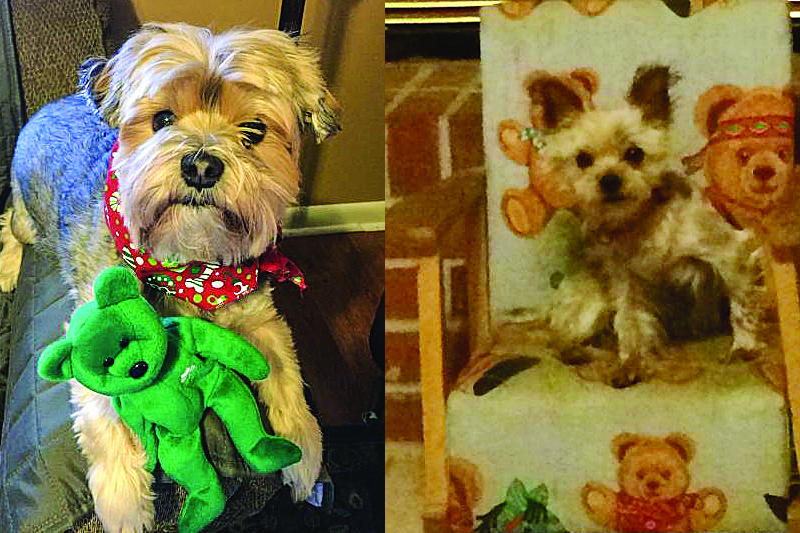 Rudy (left), a dog owned by Gail Arrington, was reportedly stolen three weeks ago. Anyone with information is urged to call the sheriff’s department. Charlie (right), Ann Rikard’s miniature yorkie, was taken two weeks ago outside her home.

Rudy hasn’t left his owner’s side since the day she brought him home seven years ago.

Gail Arrington bought Rudy, a “morkie” — half Maltese, half Yorkshire terror — after her husband died to help comfort her.

But now Rudy is gone and Arrington is learning to adjust to a life without her furbaby.

Rudy disappeared three weeks ago from just outside of Arrington’s College Hill home, and he isn’t the only dog in the area to vanish into thin air — or a white truck.

Arrington said she let Rudy out to do his business in the yard and checked on him a couple times while she washed her lunch plate.

“He didn’t like to be outside very long,” Arrington said. “If he was out there more than 15 minutes he would bark at the door and grumble at me when he came back inside.”

When Rudy wasn’t out front, Arrington assumed he had walked down the path to the side yard, but he wasn’t there either.

Arrington estimates the total time Rudy was outside to be 10 to 15 minutes.

“I called the sheriff’s department and made a report,” she said. “I put ads in the paper and anything else I could think of. I just know I’ll never see him again.”

About a week after Rudy went missing, Arrington heard a similar story to her own from fellow College Hill residents Johnny and Ann Rikard.

Ann Rikard had let her miniature Yorkie, Charlie, outside for a few moments two weeks ago today, and sat down in her living room near a window to keep an eye on him.

“I saw a white truck slam on its brake outside of the house and thought maybe they were fixin’ to turn into the driveway,” Rikard said Friday. “Then all of the sudden, they hit their gas and their tires squealed when they drove off and Charlie was gone. The only conclusion we could come up with is the truck stopped and picked him up and sped off.”

Charlie is 5 years old and the Rikard’s “inherited” him from their granddaughter when she moved.

“We love him and miss him terribly,” Rikard said.

The Rikard’s chihuahua, Odie, missed his friend as well, so the Rikard’s recently brought home a new dog to try to fill a small part of the void caused by the loss of Charlie.

“They seem to be becoming friends,” Rikard said.

Chief Investigator Alan Wilburn with the Lafayette County Sheriff’s Department said only Arrington filled out a report but he heard about the Rikard’s situation as well.

“We investigate all reports,” he said. “But right now we don’t have any leads.”

Anyone with information should call the sheriff’s department at 662-234-6421.