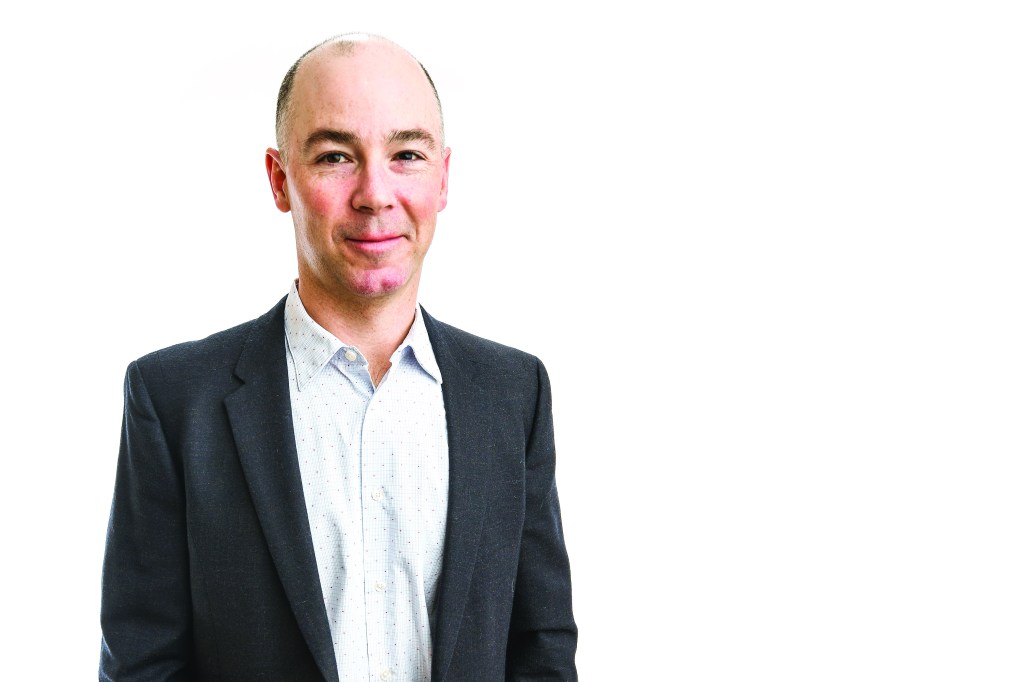 Planning, training, and execution is something Dr. Jason Waller enjoys as a hobby. So bringing those skills to the workplace is natural, and it is making all the difference in emergency services at Baptist Memorial Hospital-North Mississippi.

First, the hobby. Waller, a native Mississippian who received a bachelor’s degree at Ole Miss, has been an avid runner for years, regularly tackling marathons and half marathons. He also swims and bikes and began competing in triathlons years ago.

A couple of years ago he decided to tackle the ultimate challenge: an extreme triathlon. He trained intensely for nine months and completed the competition in Louisville, Kentucky in less than 15 hours.

“It was good to see all that training pay off and to have to be focused for that long, to push through all the events in one day,” Waller says.

Getting the payoff for the effort is how Waller feels about work being done at Baptist Memorial Hospital-North Mississippi, where he’s Medical Director of Emergency Medicine. Waller joined the Baptist team in 2003 as a physician in the emergency room and he was named director in 2008. Despite the quality of care being good, he faced a big challenge since there were few processes in place to manage efficiency and flow, meaning that patients could have longer wait times.

“When I first arrived we didn’t even monitor patient time spent in the emergency room,” Dr. Waller says.

“Once we started in 2007 or 2008 monitoring the time a patient spends from sign in or when they arrive by ambulance to when they leave emergency services, we had something to benchmark from and improve.” Waller and team members studied other hospitals around the country, seeking new processes and techniques. They assessed patient flow, how often patients had touch points with medical personnel and how much time they spent in the emergency room after arrival.

By 2013, they had reduced the average stay for a patient by one hour – and two hours less than the national average. They have also drastically reduced the time it takes to see medical personnel upon arrival in the emergency room.

“The benchmark across the country is 30 minutes or less,” Waller says. “But we’re averaging 9 to 12 minutes. We are also overlapping processes so a lot is happening at once.”

BMH-NM administrator and CEO Bill Henning says emergency services has become a shining star for the hospital because of the improvements and focus on continual refinement of the process to yield a better customer experience.

“Having a good stable group of physicians and nurses working with those physicians on the staff makes a big difference,” Henning says. “They are experts in this area and are committed to customer satisfaction and quality health care and it is making a big difference.”

They now have one spot for non-urgent patients so that rooms can be reserved for urgent care patients.  They also track every touch point a patient has in the emergency room, from check-in to doctor evaluation and discharge.

“This is not something you learn in medical school,” Dr. Waller says. “So we have studied others around the country and also asked a lot of questions internally to figure out how to better serve patients in a lot less time.”

Baptist’s emergency capabilities will grow dramatically in its new facility that opens at 1101 Belk Drive in Oxford in late 2017. The new hospital will have the same number of beds – 217 – but the size of its emergency facilities will double. It’s about Baptist meeting the needs of the growing community, including an Ole Miss student body that is now exceeds 20,000 students.

“Our volume just grows every year,” Waller says. “In 2016 we broke 40,000 patients seen in a year. That was a milestone and it puts you at a different level. In the new facility we could see 50,000 patients in emergency care in 2018 because we have more space and a top facility to serve the entire area well.”

For Oxford and surrounding communities this level of health care is a significant asset, something that Waller doesn’t take for granted.

“We understand we have a big role here,” he says. “That’s why we reach out beyond the facility. At some of the big Ole Miss football games when temperatures are high we do cooling stations on site.

“Those first couple of games we saw 150 patients from kickoff to end of the game,” Waller says. “We only had to transport 8 or 9 patients to the ER and that helped head off a lot of that. We also run the first aid stations and had a doctor at every (Ole Miss) game.”

It’s all about connecting with the community in new ways, and providing new levels of customer service so that new benchmarks can emerge.

“Every day on this job is different,” Waller says. “I like the variety and I just enjoy being there for people when they need you.”

Worth Knowing: Dr. Waller ran the last leg of the Oxford Santa Claus run this year on Christmas Day, substituting for Oxford’s injured running Santa, friend Bret Beauchamp. He and his wife have three children.

Favorite thing about our community: “Like so many of us, I went to school here and wanted to come back and to Oxford. The job came available an I jumped at it because this great place to raise a family with a lot to do but it still has that small town feel.”