Oxford shooting suspect turns himself in; one victim still in critical condition 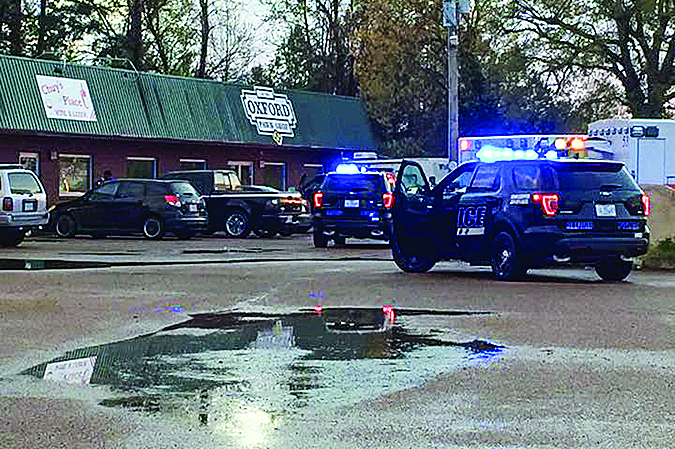 One of two shooting victims remains in critical condition this morning after a shooting occurred Thursday night in a parking lot off North Lamar Boulevard.

According to the Oxford Police Department, officers responded to a 911 call at about 7 p.m. for shots fired in a parking lot at 1350 North Lamar Boulevard, where Oxford Pawn Shop and Chuy’s Place are located.

Officers discovered two injured men, Joshua Flemmons, 25, and Patrick Spearman, 38, at the scene. Both were flown to Regional One Health in Memphis where Flemmons is listed in non-critical condition, while Spearman remains in critical condition this morning.

Investigators began searching for Ricky Mabry, 30, who was identified as the shooter and fled the area. Mabry turned himself in to the Holmes County Sheriff’s Department around 10:15 p.m. OPD officers picked Mabry up and brought him back to Oxford where he was taken to the Lafayette County Detention Center.

No charges have been formally filed against Mabry; however, OPD Maj. Jeff McCutchen said more details would be released later today.

The shooting was the second for local law enforcement this month.

On March 9, Lafayette County Sheriff’s Department investigators say local res- ident Chris Paten, 27, shot and killed Kenya Hill, 31, of Oxford after an argument. Paten is wanted for murder and is still on the loose.