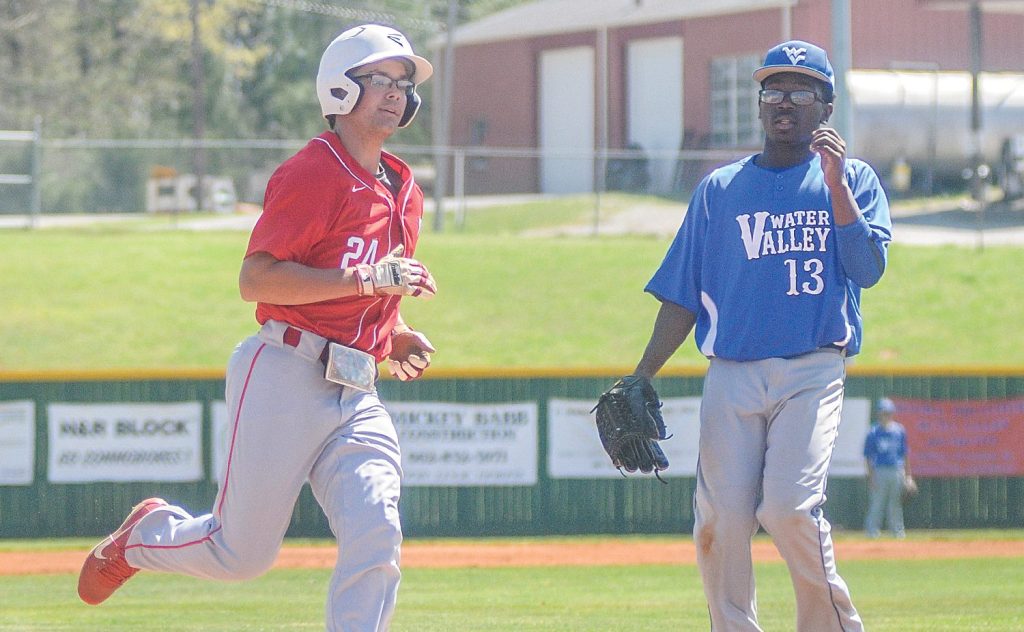 There was some morning baseball played on Saturday between Lafayette and Water Valley. The Commodores relied on their offense and defeated Water Valley 13-3 in five innings at Lafayette’s W.V. Brewer Field.

It was a quick turnaround for both teams with Saturday’s first pitch moved up from 1 p.m. to 11 a.m. and each played games on Friday night. Lafayette (9-10-1) looked to have shaken off the early start first, breaking the game open with a six-run second inning for a quick 6-0 lead. It was short-lived with the deficit looking to jumpstart Water Valley (5-11), which cut the lead in half by scoring three runs of their own in the top half of the third inning. That would be all the Blue Devils would manage to get across the rest of the day. There were chances for Water Valley to score more runs and possibly take an early lead themselves, but they stranded five of their eight runners in the first three innings.

“We’re competing and we’re fighting,” Water Valley head coach Jeb Lee said. “Some things are not going our way right now, but we’re not always helping that matter either. We had a bad inning, cut it in half and got right back in there then couldn’t ever put it back together. Couldn’t ever climb all the way back.”

Along with the big second inning, Lafayette scored two runs in the fourth and finished things out with five runs in the fifth to force the run-rule into effect.

The opportunities Water Valley was unable to cash in on came from a shaky outing from Commodore starter Will Ard. The senior went 2 2/3 innings, allowing only two hits and striking out one, but his biggest issue was command and issued six walks in his short day.

“We’re just trying to fight through it because we know he’s got good stuff,” Lafayette head coach Greg Lewis said. “It’s just him getting confidence every time he walks out there and being able to give us a couple quality innings. We don’t need all of them, just two good ones. I’d love to use him in that role if we can get there.”

All of Water Valley’s runs scored off of one at-bat in the third inning. With the bases loaded, shortstop Blayne Clark hit a two-RBI double that cleared the bags after an errant throw by the Commodores which allowed the third run to come home. Center fielder Martavius Rockett, starting pitcher Tydarrius Kuykendall and second baseman Ty Varner each recorded a run.

The season is at its midway point, or even further for some, which means region play is in full swing. Lafayette split their Region 2-4A games with New Albany this week, falling on the road 4-3 to the Bulldogs on Tuesday and defeating them at home on Friday night. The Commodores are now 3-1 in region play and face Senatobia for two games next week.

Water Valley started their Region 2-3A play this week and with only three teams playing baseball, it is all about seeding. The Blue Devils split with Independence, winning on the road on Tuesday and falling at home on Friday to put them 1-1 in the region standings. They play Charleston this week for two games.