Oxford on the Move: Will Hunt’s tale of two cities 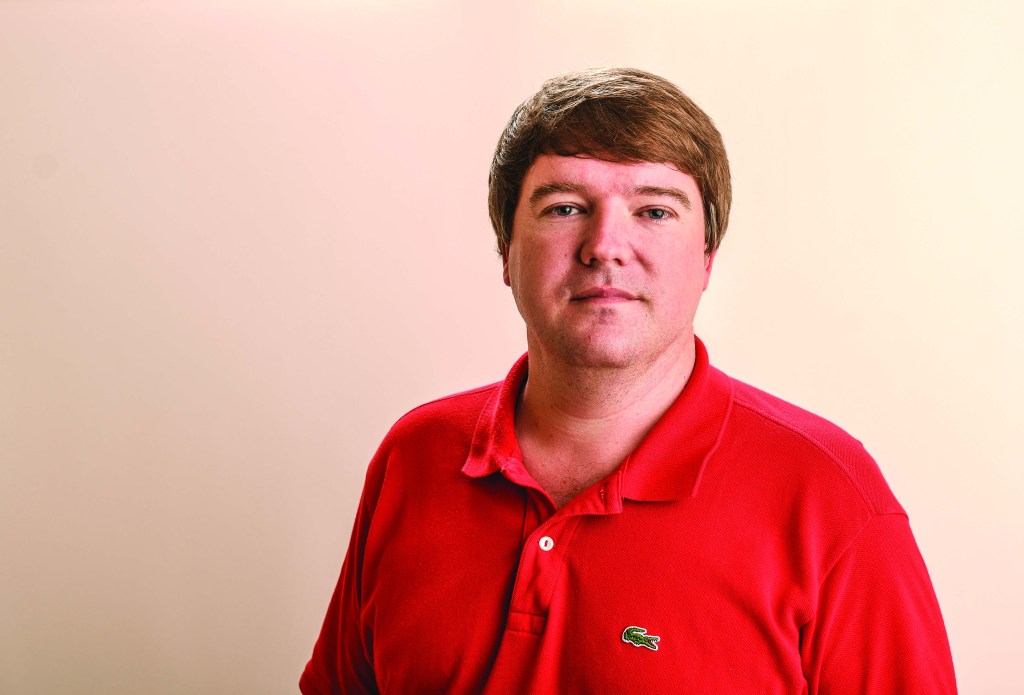 Will Hunt has a tale of two cities that spans two continents, and it’s a story that deepens his love of hometown Oxford.

The founder and CEO of Hunt Marketing, he grew up in Oxford the son well-known, longtime Oxford physician Glenn Hunt. But in college Will Hunt had a case of wanderlust, the desire to live and learn beyond his hometown. He began studies at Hampden-Sydney in Virginia, but applied for a semester of study at St. Andrews in Scotland.

He left on a plane for Europe in on September 11, 2001 and was in the air the moment the 9/11 attacks occurred. His luggage was either lost of confiscated, and he arrived empty handed for what became a new beginning. Hunt ended up spending three years there and graduated from St. Andrews with a bachelors and masters degrees and had what he fondly recalls as an educate for a lifetime.

“St. Andrews is older than the United States,” Hunt says. “It is the oldest university in Scotland. It was a whole other world and opened my eyes to a lot of things.”

He was a classmate of Prince William, and they spent time together in local pubs with friends. Earning a master’s in honors economics and international management, he helped start a global investment club for St. Andrews, coordinating visits for some well-known international business leaders.

“I had a real peace there,” Hunt says. “You knew you were in the center of something important.”

Fast-forward to Oxford today, the hometown Hunt returned to more than six years ago with his Hunt Marketing firm, “focused on developing and implementing holistic and community driven campaigns for our clients.”

Our city may be far from Scotland, but what’s happening at Ole Miss and Oxford has many similarities, Hunt says, and has that same peace of being in the center of something important.

He and his wife, Beth, came back to Oxford after working in marketing and lobbying in Washington, D.C. On George W. Bush’s election night, he was steps from him during the president’s election speech, and got to work with large national clients.

When he and Beth, both Ole Miss graduates, branched out to start their own consulting firm eight years ago, the university became one of their first clients. Less than two years later they returned home to expand their business, and now have clients in a full services marketing firm including Canon Motors. He also helps the Square Alliance and is an advocate for a better Oxford.

“After we moved back I fell on my face,” Hunt says. “I had to restart. What am I going to do? I found opportunity to do community involvement and relationship building and then that led to working with small businesses and growing on the marketing and public relations side. We found our niche.”

That niche now has tentacles throughout the region and Hunt Marketing’s team is growing from its Oxford Square roots.

“What we’re doing now is investing and focusing on building a great team of talents that provide a fully integrated marketing campaign,” Hunt says. “Our clients are finding value in that marketing partnership with us and we are building the trust to grow.”

Hunt gets excited talking about the future of Oxford and believe that the more leaders and key groups work together the better our growth prospects will be. He’s also seeing growth from the Golden Triangle area and the Delta, and thinks Oxford is a good central hub to bring the region together.

“The next step in Oxford is embracing this growth and being a center of gravity for this creative business center in the South,” Hunt says. “It takes a lot of work and you have to get the message out there.

“But we have a great opportunity ahead of us.”