Brown Family Dairy: Made with love 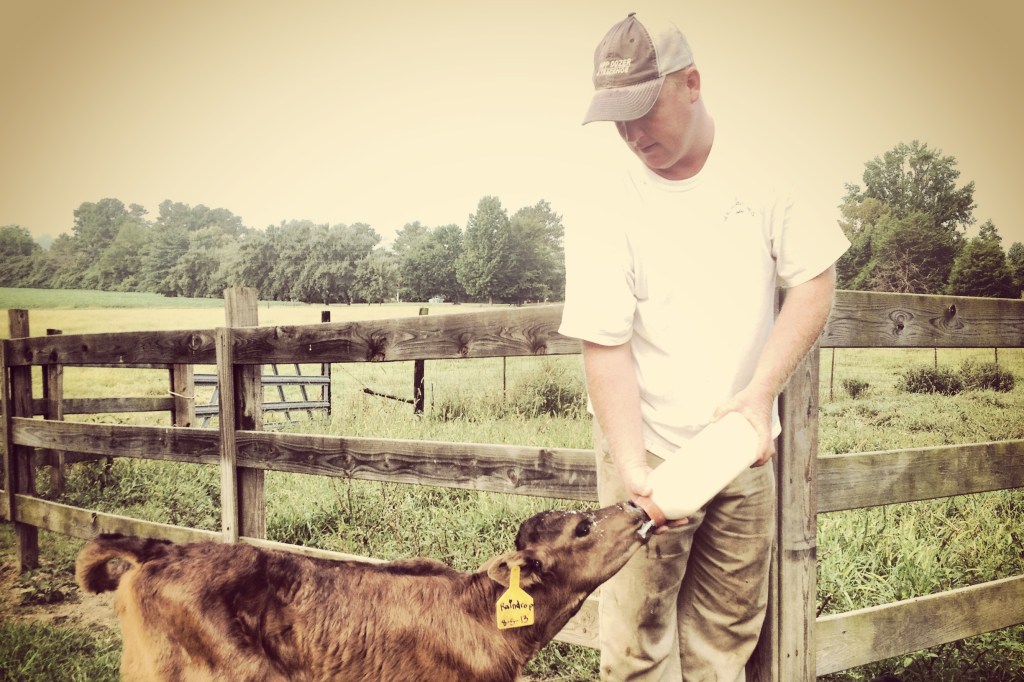 Everyone I have ever known that has tried Brown Family Dairy is instantly hooked. Once you’ve tried it, you’ll never be able to drink any other milk … ever. It’s used in the very best local products such as Sweet Magnolia Ice Cream and at many local restaurants as well as served on kitchen tables throughout North Mississippi. But what makes it so good?

Do you remember how your mother’s or grandmother’s cooking always tasted so good? No matter if you or someone else tried to follow the recipe to the letter, it just never came out quite as good as theirs? And when asked why, they’d always respond, “I made it with love.” As though making something with love can somehow make it taste better, alter chemical properties, flavor it with supernatural seasoning.

Well, this morning, I found out just why Brown Family Diary milk taste so good … it’s made with love.

Billy Ray, owner and operator of the farm, knows every single cow by name, not number. His young children name each cow — from Flossie to Caitlyn, Snowflake to Raindrop. There is even a cow named Chicken (she was afraid of entering the barn upon arriving at the farm).

Most of the family’s cows are born on the farm, raised with their mother for a day or so to ensure they get all the colostrum they need to start life out right, and then bottle fed by Billy Ray, his son and daughters and his beautiful wife. Then it’s off to the open pasture where they will spend the rest of their lives. Once they’ve matured and produced a calf themselves, they are milked twice daily for about 5-7 minutes each. The rest of the time they get to roam the beautiful land that Billy Ray and his family call home that has been in the Brown family for generations (a well-known name in Lafayette County largely due to writer Larry Brown, Billy Ray’s father, who had a lot of love for this ‘place called Tula’ where he and his family set down roots).

Never have I met a kinder, gentler soul than Billy Ray, whose heart is bigger than the huge Brahma bull that keeps all 20-plus heifers in check. He is easy to talk to, very informative and has a true passion for what he does. You can literally see his eyes twinkle and smile as he talks about different cows – when and how they were born, who their mother is, their tendencies and personality. He isn’t just the owner of the farm — he is truly part of it and it is part of him.

As Billy spoke about the farm, his wife took over the milking and began the bottling process. While they milk each morning and evening, the day is consumed by the pasteurization, bottling, transporting and marketing processes. Started in 2009, they now devote their entire lives to their herd of Jersey and Holstein dairy cattle and the cattle are completely devoted to them in return.  Each bottle at Brown Family Dairy milk is filled with not just milk … but with love.

Try it and you’ll see!

Tennessee Williams’ ‘The Glass Menagerie’ opens at the Panola…