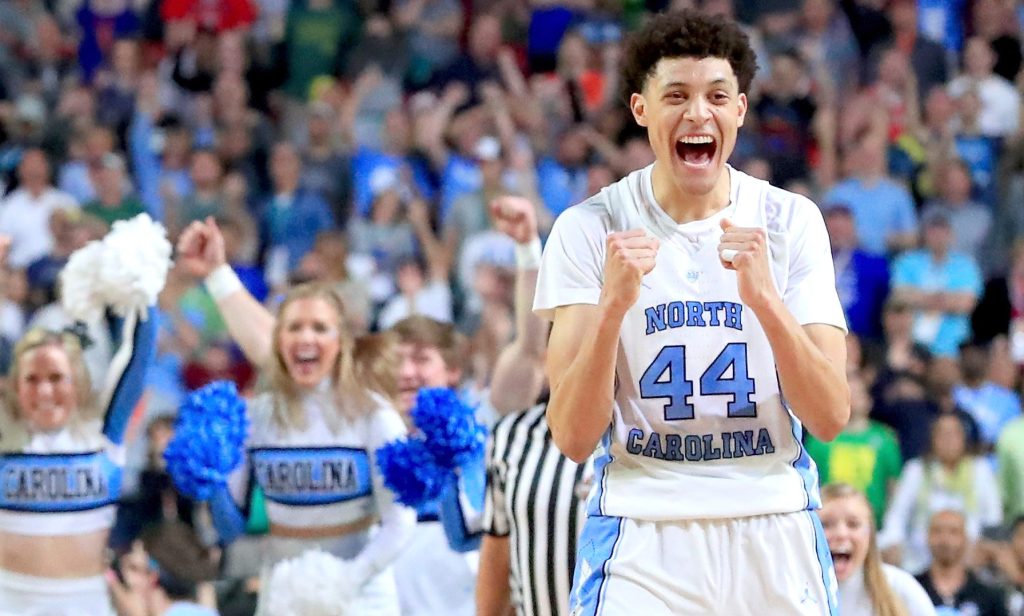 GLENDALE, Ariz. — Kennedy Meeks relentlessly attacked the boards, posting up deep in the paint and playing with an aggressive edge that hasn’t always been there through his North Carolina career.

The Tar Heels needed every bit of it, too, to survive against Oregon in the Final Four.

The 6-foot-10 senior matched his career high with 25 points to go with 14 rebounds — ripping one down to seal the win — to help the Tar Heels beat the Ducks 77-76 in Saturday’s national semifinals of the NCAA Tournament. That sent the Tar Heels (32-7) back to the national championship game for the second straight season to face fellow 1-seed Gonzaga, putting them on the doorstep of their season-long goal to return and win.

It was a huge moment for Meeks, who battled weight issues early in his career, arriving on campus in 2013 at more than 300 pounds. He shed weight to the 260-range but struggled at times to finish explosively around the rim, particularly in a 1-for-8 shooting performance that included several misses on close shots in last year’s loss to Villanova in the championship game. And he occasionally drew the ire of coach Roy Williams — who kept pushing and pushing him for more.

Consider this the return on all that investment.

“Kennedy, I thought, was awesome,” Williams said. “I thought he controlled everything inside. … I thought he was just sensational.”

On a night when the Tar Heels sputtered through much of their execution, Meeks made 11 of 13 shots and had three steals in 30 minutes.

“I just knew that we had to be aggressive in the paint,” Meeks said. “Coach told us it was going to be a man’s game, and us four big men had to do a great job on the inside.”

That didn’t happen. Senior Isaiah Hicks continued his abrupt late-season fade by missing 11 of 12 shots and finishing with 2 points. Luke Maye, who had become a folk hero around Chapel Hill after making the last-second jump shot to beat Kentucky in the Elite Eight, didn’t make a shot from the field and got in foul trouble.

And 6-10 freshman Tony Bradley Jr. made just one basket.

The Tar Heels nearly saw their goals slip away amid a haze of mistakes and missed free throws in the final minute. It was Meeks who came up with the clinching play, shaking off two missed free throws with 5.8 seconds left to beat Jordan Bell to a rebound when teammate Joel Berry followed with his own misses.

After ripping the ball away in traffic, he kicked it out to Theo Pinson to run out the final 4 seconds on the clock.

GLENDALE, Ariz. — Nigel Williams-Goss scored 23 points, Gonzaga’s big men combined for 27 and the Bulldogs used some last-second strategy for a victory over South Carolina in a matchup of first-time teams at the Final Four.

The Bulldogs’ 7-footers, senior Przemek Karnowski and freshman Zach Collins, took care of things on both ends of the court as they combined for 18 rebounds. Collins also had six blocks.

Williams-Goss missed a shot with 12.7 seconds left and South Carolina rebounded and called a timeout trailing 75-72. South Carolina passed the ball around and Gonzaga fouled Sindarius Thornwell with 3.5 seconds left. He made the first and missed the second on purpose. Killian Tillie rebounded for Gonzaga, was fouled and made two free throws with 2.2 seconds left to cement the game.

Collins and Karnowksi then accounted for the next seven points, including a 3-pointer by Collins and a thundering dunk by Karnowski.