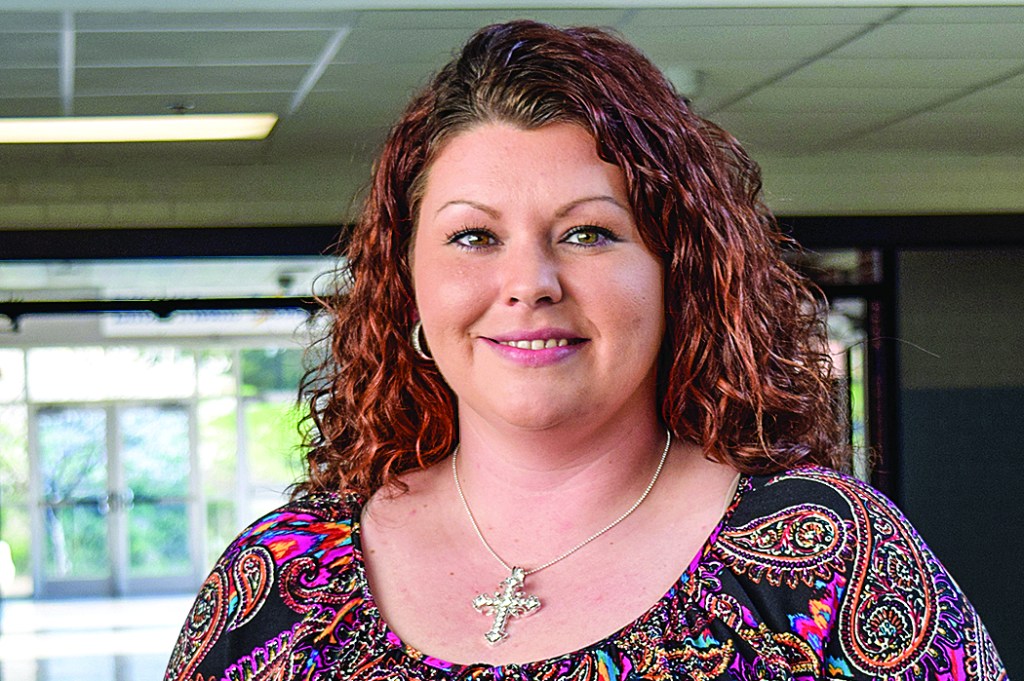 The Oxford School District has released its Parents of the Year and Lisa Plough, who volunteers at the Scott Center, has been named the Parent of the Year.

While presenting her with a plaque at last week’s school board meeting, the OSD Director of Student Registration, SuzAnne Liddell, said that while Plough doesn’t have a child at the Scott Center, “she has been willing to take on any responsibility that she’s been given there.”

Plough, who serves as the treasurer on the PTO at the Scott Center, has served as a peer mentor for parents who have children with special needs. Liddell also highlighted Plough’s efforts to fix the windshield of a Scott Center educator who needed the assistance and her work on a project to get a wheelchair ramp for a student who needs it at their home.

While quoting a Scott Center administrator, Liddell said that, “‘(Plough) is an angel disguised as a parent.’”

When accepting the award, Plough said she couldn’t help but volunteer at the center even though she no longer has a child attending there.

“The teachers all leave an impression, it’s because what they do and how they advocate for those kids is amazing,” Plough said. “It’s just so big. Miracles happen in that building every day. As a special needs parent, you don’t often see others striving for your child to hit those goals. You walk in there, and you’ll never meet a bigger advocate or cheerleader for these kids.”

School officials say Plough brings a winning spirit and devotion into the school environment, which makes her stand out as both a parent and cheerleader for public education.

“Education is like a baseball game: it needs all its players: parent, teacher, community and student,” said OSD Superintendent Brian Harvey. “Our school district would not be the No. 1 school district in the state if it were not for the passionate, dedicated parents who work as a team to make our school district the best it can possibly be for our students, teachers and classrooms.”

Harvey added that the key to a child’s success in school is the positive involvement of parents, and that’s why this year’s group of individual school parents stand out.