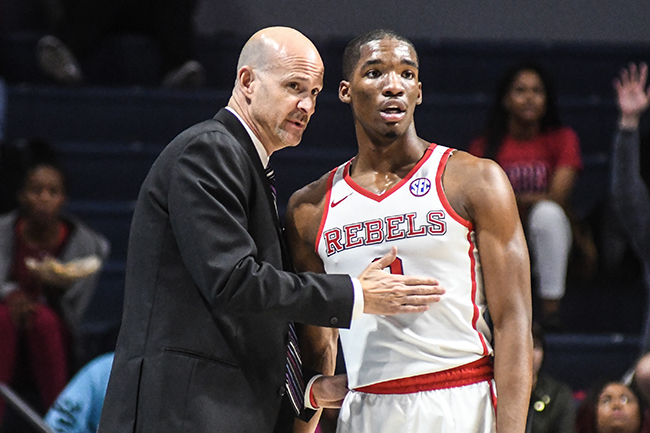 Donte Fitzpatrick-Dorsey will transfer after requesting and being granted a release from his scholarship, head coach Andy Kennedy announced. Fitzpatrick-Dorsey played in 22 games this season, averaging just 1.4 points and 1.1 rebounds in 6.6 minutes.

“We appreciate Donte’s contributions to our program and wish him the best as he moves forward on his journey,” Kennedy said in a statement.

A 6-foot-4, 191-pound guard, Fitzpatrick-Dorsey averaged double-digit minutes as a true freshman during the 2015-16 season, scoring 3.7 points and grabbing 1.2 rebounds a game, but he was eventually pushed out of the rotation this season with the emergence of Terence Davis and the addition of Deandre Burnett, Cullen Neal and freshman point guard Breein Tyree.

He didn’t play in the Rebels’ final eight games.

Ole Miss is bringing in more backcourt help in high school signees Devontae Shuler, a top-150 national recruit, and Parker Stewart and could add more during the spring signing period.