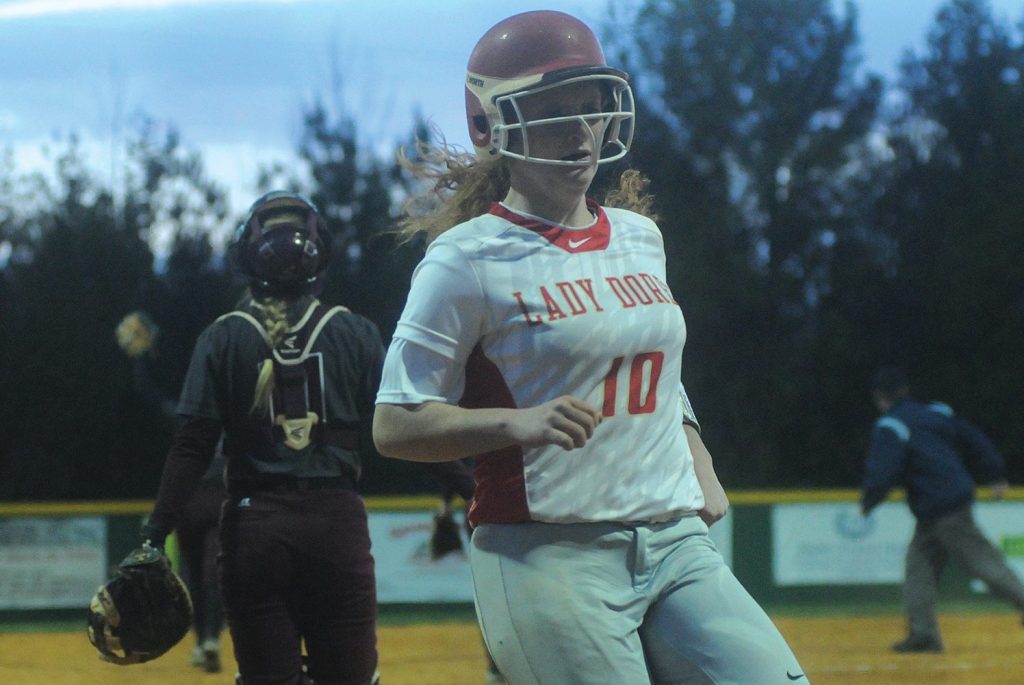 For the second time in their last three games, the offense came in bunches for the Lafayette softball team.

The Commodores defeated New Albany 14-4 in five innings at the Lafayette High softball field on Thursday night. The win improved Lafayette’s record to 5-2 in Region 2-4A.

The lump of the offense came in the second inning, where Lafayette (7-10-1) plated nine runs off three hits and cashed in on four New Albany errors.

“Usually it’s just a sporadic hit here and there. We don’t ever get any (runs) in a clump,” Lafayette head coach Katie Jenkins said. “We’re always proud of a clump. We don’t normally get ones that are consistently back to back. That’s actually what we’ve been looking for all season.”

The bats came alive in the second and third innings for a total of seven hits. Senior first baseman Camille Maine accounted for three of those hits with two doubles and a triple. She also scored a run and had two RBIs.

“(Maine) has done tonight what we’ve wanted from her all season,” Jenkins said. “That’s what we’ve expected out of her, and hopefully that’s something that will keep happening for the few games we have left.”

Lafayette scored the next five runs in the third inning.

On the mound, Cobbs went a complete game, working five innings and giving up four runs on five hits. Cobbs recorded three scoreless innings before running into trouble in the the fourth. After loading the bases with the first three New Albany batters she faced, Cobbs then got back-to-back outs and looked to be primed to escape the jam she created. That was not to be as the Bulldogs managed to put together a four-run rally with two outs.

“She struggled a little bit,” Jenkins said of Cobb. “One or two pitches may not work and a hit off her here and there kind of gets her off her game a little bit. Usually it’s her go-to outside pitch. It was not working tonight, so the last inning she said her go-to was her inside pitch. She made an adjustment.”

Lafayette returns to action Tuesday night and stays in 2-4A play when they travel to Senatobia for a 5:30 first pitch.