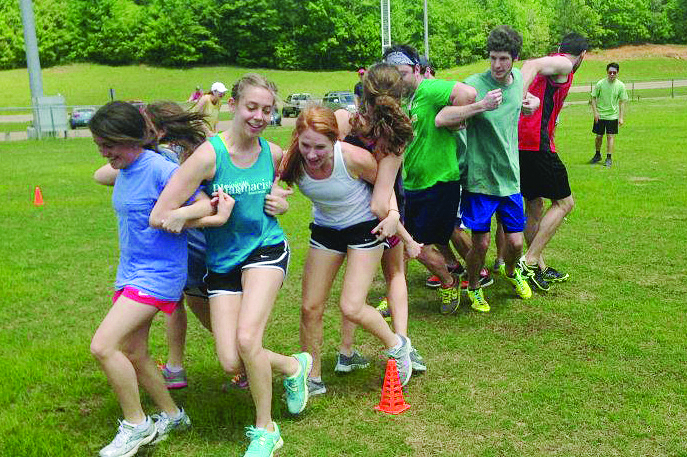 The University of Mississippi School of Pharmacy is gearing up for one of its biggest weekends of the year, as both alumni and students gather for a full slate of competition, fellowship and awards.

The school’s annual Alumni Weekend is set for Friday and Saturday, complete with class reunions, a golf tournament, a cookout and an awards banquet. Meanwhile, student teams will be facing off against one another in the annual Pharmacy Olympics, which run through Sunday.

“The best part of putting the Alumni Weekend together is that I get to connect with alumni who are eager to invite their classmates back to campus,” Thompson said. “The brochures and emails we send can only do so much, but a personal phone call, email or social media message from a friend can do so much more.”

Alumni from all graduating classes are invited, and this year’s event includes reunions for the classes of 1957, 1967, 1977, 1987, 1997 and 2007. Attendees form teams to compete in the golf tournament, which raises money for student scholarships.

“We are so grateful to the alumni who work to make the golf tournament and the whole Alumni Weekend a success,” said David D. Allen, dean of the School of Pharmacy. “It’s wonderful to see the Ole Miss pharmacy family come together and our students appreciate being able to meet and seek advice from practicing pharmacists.”

As part of the banquet on Saturday night, the school will present the Distinguished Alumnus of the Year award to Alan McKay, founding dean emeritus of Shenandoah University’s Bernard J. Dunn School of Pharmacy. McKay graduated from the Ole Miss pharmacy school in 1980 with a master’s and Ph.D. in health administration, now called pharmacy administration.

For a complete schedule or to sign up, visit http://rebelnetwork.olemissalumni.com/events.

Meanwhile, the Pharmacy Olympics kick off Friday with a talent show at the Thad Cochran Research Center, followed by a trivia night in downtown Oxford. Sport competitions on Saturday include tennis, basketball, ping-pong and volleyball at the Turner Center. The events conclude Sunday at Avent Park with flag football, a water balloon toss, a donut-eating contest and kickball.

Each Pharmacy Olympics team consists of students from the same year, from a team of Early Entry pre-pharmacy students to fourth-year students in their final year of the professional program.

Student body officers organize the event, which is the culmination of a yearlong effort by each class to earn points through community service and other competitions. Another portion of the Olympics is the Pharmacy Fitness Challenge where students and faculty earn points all semester by logging their workouts.

“The competitiveness between the classes is probably the highest I have seen it since I came to Ole Miss,” said Regan Tyler, a second-year pharmacy student from Collierville, Tenn. and president-elect of the pharmacy student body. “Students from each class have been getting together to practice, and the first- and second-year students already have nearly 8,000 fitness points.”

Faculty members and friends of the school donate snacks, water and Gatorade for the competitions, and students coordinate the entire event, said Chelsea Bennett, the school’s assistant dean of student services.

“Our students work very hard, so it is always great to see them having fun during Pharmacy Olympics,” Bennett said. “I hope the alumni find time to stop by for some fun and reminisce about their own Pharmacy Olympics days.”

Henry Harris, a first-year pharmacy student from Olive Branch, said he is excited to participate in his first Pharmacy Olympics.

“I’ve heard that it gets very competitive, but I’m confident that my class will ultimately win the weekend,” he said.