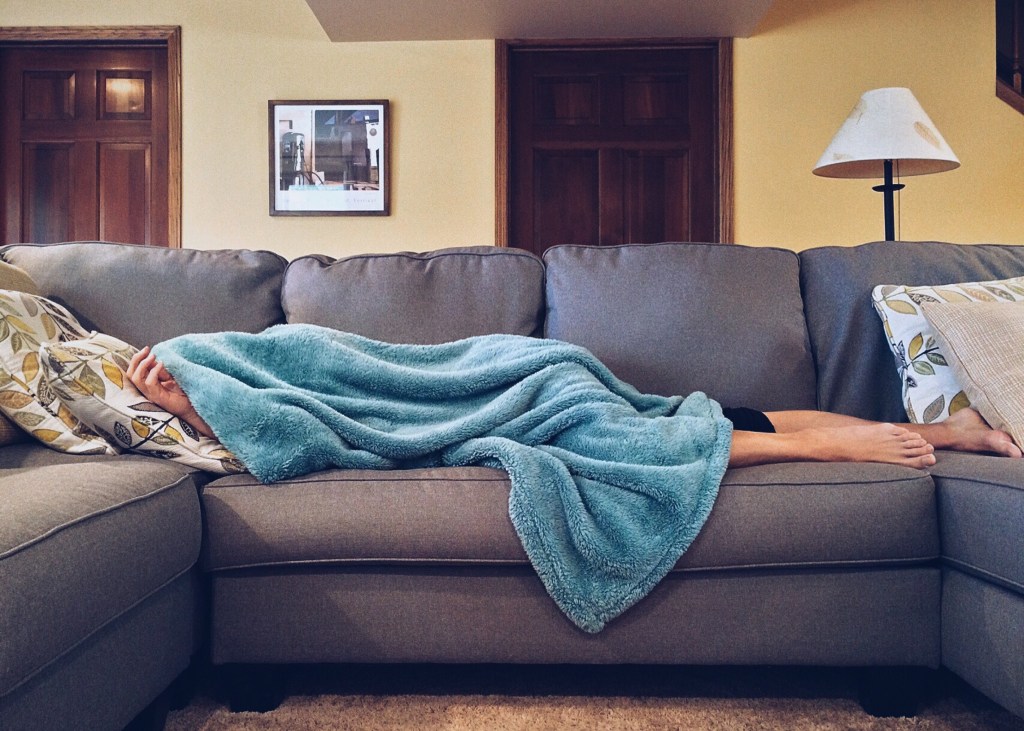 At my busiest in college, I remember pulling one to two all-nighters a week to juggle schoolwork, jobs and freelance projects. It was exhausting and irrational; recovering from that schedule week after week often meant sleeping in day-long blocks on the weekend, which stole twice as much time as I “made up” by not sleeping in the first place. Even after I caught up on rest, my brain would stay perpetually foggy, even under the influence of a near-constant stream of caffeine. As anyone who’s done this on a regular basis knows, it takes a physical toll, but you can make it work for months at a time until your body has had enough.

That day came six years ago before flying to New York for my first internship after grad school. I set my alarm for 4 a.m. to make it to the airport on time after another sleep-deprived week, and I did wake up at 4—in the afternoon. I wish I could say that’s when I saw the light and promised to take care of myself from that point on, but all I did was adjust my methods and continued the slow descent into a poor state of health over the next several years.

It’s only been a few months since I arrived at the office at 4 a.m. one morning hoping to get ahead on a 2 p.m. magazine deadline. All-nighters now take a much different toll than they did during my undergrad days. They leave me spent, shaking and struggling to focus on basic tasks. Once again, even with years of wisdom of knowing what sleep deprivation does to my body and mind, I fell into the trap of thinking my workload at home and work was impossible without stealing that time. And once again, I paid for it, though with a scarier reality check than missing a flight. It wasn’t long after I began that pre-dawn workday that the heart palpitations started. Then the tunnel vision. Then the struggle to get a deep breath. My body trembled. My mouth was dry. And the worst part is I didn’t know how to tell anyone. There I was, a 30-year-old mother allegedly on top of her game sinking into the early symptoms of a full-blown, self-induced panic attack. All because I had foolishly tricked myself into believing I could somehow overcome what I knew would happen if I kept abusing myself.

If this is who I am at age 30—someone who stayed exhausted and physically fragile because of how I choose to live—how much worse off would I be at 35 or 40 or 60 or 80, assuming I haven’t already ripped those years off of my life?

Something had to change, and fast, so I revisited a philosophy I first learned about (and promptly ignored) in college. Arianna Huffington, one of the most powerful women on the planet, has long touted the benefits of sleep, maintaining a strict bedtime routine she refuses to break. Her moment of truth came in 2007 when she was spending 18 hours a day working at The Huffington Post. She passed out one night, literally, and woke up in a pool of blood with a broken cheekbone. It was the wake-up call she needed, no pun intended, to change her life and reframe the way we approach sleep as the ultimate performance enhancer, not a necessary evil that gets in the way. Once Huffington started sleeping again, her life improved drastically and gave her what she needed to continue her career climb and focus on her health.

My changes were small on the surface. I realigned my sleep schedule with my young son’s so we have the same routine, and I no longer have to plan my days around what I can get done after he falls asleep. I also made a no-screen rule, meaning once I’m in bed, it’s time to sleep—not time to answer unread text messages or check Twitter. The rewards have been tremendous. Not only do I feel better, but I’m consistently focused, energetic and less dependent on coffee and Red Bull to make it through the day.

I finally came to terms with something I had dodged for years in knowing that if I couldn’t handle everything on my plate AND get enough sleep every night, I’d have to let something go. So I started letting go. Some days it’s the laundry or answering my email or even finishing this column. Better to put those things on hold knowing I can tackle them later on a full night’s sleep than to put myself on hold for the sake of doing it all.

Because if “doing it all” requires losing myself in the process, what’s the point in doing any of it?

Alex McDaniel is editor of the Oxford Eagle.  Contact her at alex.mcdaniel@oxfordeagle.com.