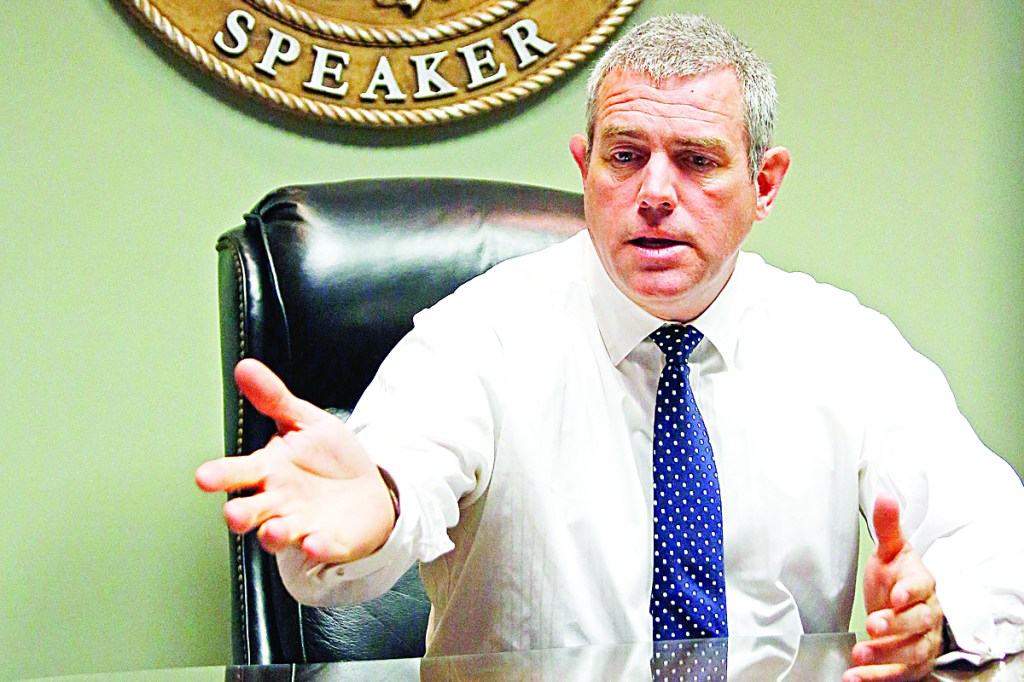 Mississippi House Speaker Philip Gunn tells reporters he wants lawmakers to consider a pay raise for teachers in 2014, during a pre-legislative session sit down at his office in the state Capitol in Jackson, Miss., Thursday, Dec. 19, 2013. Gunn said that he'd like to see an across-the-board pay raise for those in the classroom. However, if merit pay is the only option acceptable to Gov. Phil Bryant, he'd be willing to go with that. Both are Republicans. (AP Photo/Rogelio V. Solis)

Mississippi raked in more revenue than expected last month, marking the first time in 20 months in which the state exceeded revenue projections.

“We’re certainly encouraged by the increase in revenue and will have to wait to see if the trend continues,” House Speaker Philip Gunn said in a statement.

Revenue collections in March continue to reflect shortfalls in both sales tax and individual income tax, two subsets that have struggled in recent months.

Corporate tax collections, which include both corporate income tax and corporate franchise tax filings, were much higher than projections for March. Last year, lawmakers passed a law that moved the corporate tax due date from March 15 to April 15. Because of that date change, economists this year were unsure how much to project in corporate collections for March, said Department of Revenue spokeswoman Kathy Waterbury.

Economists projected the state would collect $57.2 million in corporate tax revenues in March, but by the end of the month, the state had collected $106.1 million.

Waterbury said higher-than-expected corporate revenues could mean those collections during the months of April and May could be lower than projected.

“Without any history to base our estimate on when revenue would arrive, the estimate spread for March-May was an unknown,” Waterbury said. “We didn’t know how many would still file (and pay) in March, and how many would move to April.”

Waterbury also said that Department of Revenue employees, who are often strapped during the months of April and May dealing with individual income tax returns, may not be able to sift through all mail promptly, which could impact April and May revenue totals.

March is just the third month in the past 20 in which the state met its revenue projections. The previous months were May 2016 and August 2015.

Tax revenues feed the state’s general fund, which finances state agencies and their daily operations. Lawmakers each legislative session can only dole out funding for agencies based on future revenue projections made by economists.

When revenues run below projections, the governor and Department of Finance and Administration Director Laura Jackson compensate by cutting state agencies’ budgets or transferring reserve fund money to the general fund.

So far this fiscal year, Bryant has pulled $50 million out of the state’s largest reserve, the Rainy Day Fund. That $50 million is the usual statutory cap on what the governor may transfer from the fund, but the Legislature in March authorized him to draw up to $50 million more for the fiscal year 2017.