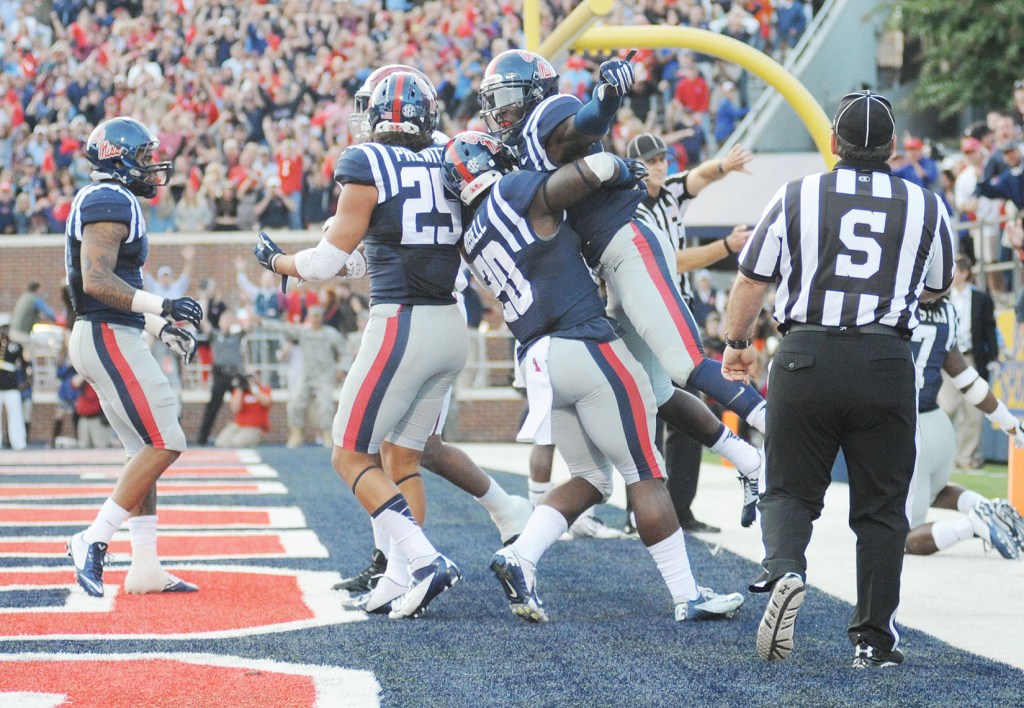 Ole Miss cornerback Senquez Golson (21) celebrates with teammates following his interception in the fourth quarter of the Rebels' 23-17 win over Alabama on Saturday, Oct. 4, 2014 at Vaught-Hemingway Stadium. (Bruce Newman)

Pittsburgh Steelers cornerback and former Ole Miss standout Senquez Golson was stopped by TSA agents at an Alabama airport on Wednesday but wasn’t arrested after a gun and ammunition were found in his carry-on bag, according to a report from TMZ Sports.

According to the report, Golson was going through security at Mobile Regional Airport when agents found a Glock .45 caliber pistol and 23 rounds of ammunition in a magazine. There weren’t any bullets in the chamber.

Police were alerted, and Golson was escorted from the area. ESPN reported Thursday that Golson had been released after his record showed no warrants.

The gun and ammunition are being held at the airport for Golson to retrieve after his trip. Alabama laws allow guns to be carried inside airports, but ESPN reported Golson will be administered a fine from TSA.

“He wasn’t violating any laws or ill-intent of doing anything illegal with it,” Brian Fillingim, the airport’s police chief, told ESPN. “No criminal activity whatsoever.”

Golson, a native of Pascagoula, was taken by the Steelers in the second round of the 2015 draft, but he’s yet to play a down in the NFL because of shoulder and foot injuries. Golson earned All-America honors his senior season with the Rebels after finishing second nationally with an SEC-best 10 interceptions.