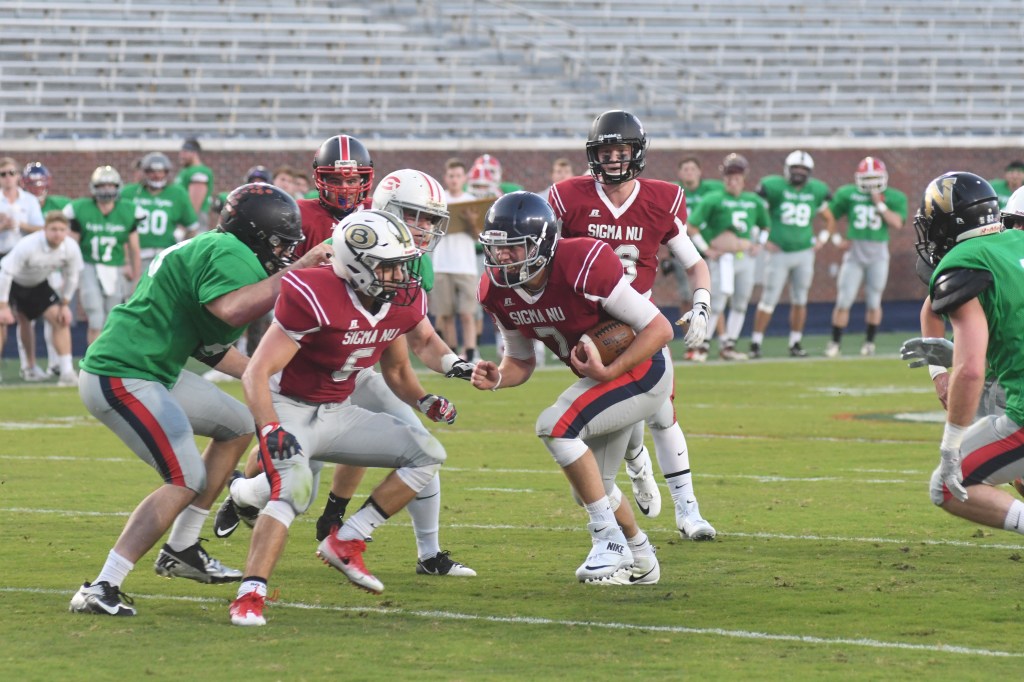 This is a story about initiative, brotherhood and care for fellow students both today and tomorrow that’s so valuable I can’t help but share.

It’s a story I have been seeing unfold for months that came to fruition last night at Vaught-Hemingway Stadium at Ole Miss when a great group of students presented me and my wife, Kent, with a check for $25,000 to help start a center for alcohol and drug wellness education on campus.

Given by the Sigma Nu fraternity in honor of my late son William Magee, a Sigma Nu who died after graduation of an accidental drug and alcohol overdose, the money was raised by students on their own initiative, with literal sweat and hard work, because the group believes it is time to make a statement and do something to help students on campus.

The student movement started soon after I wrote a column in August 2016 about the tragic death of our oldest child, who had been an A student in the Honors College, an Ole Miss athlete and a member of the fraternity from 2008 to 2012.

Several opportunities to speak to students across the region emerged after that article, and one came from the pledge trainers of Sigma Nu, who wanted me to speak with their freshman class.

I talked to the young men one fall night in 2016 about how bad things can happen to good people, even the smartest of the smart and the most talented of the most talented. I talked to them about responsibility, about how William once told me that how he wished peers had been more supportive, more recognizing of how drug and alcohol use had turned from experimental into a raging problem.

I hoped to land 15 minutes of pause and consideration into one day of their busy collegiate lives, but something much larger transpired.

Multiple pledges and several actives reached out to me in the days after that talk, explaining how they wanted to do something about the alcohol and drug problems that can strike students at Ole Miss or on any college campus. One gentleman, sophomore Nick Egorshin of Birmingham, extended a hand, looked me in the eye and asked, “What can we do about this? I’m ready.”

With chapter president J.R. Markos — a senior who is heading soon to medical school at the Mayo Clinic School of Medicine in Minnesota — and chapter philanthropy chairman John North of Birmingham deeply engaged in the effort along with Egorshin, the fraternity made digging deeper for more fundraising a priority, hoping to both serve the needs of a paralysis victim per tradition while adding this new, needed initiative.

“A wellness center like this could help so many students for years to come,” Markos told me. “We were determined to find a way to make it happen.”

The friendships that have emerged are equally as important to as the contribution, since few things are more inspiring than watching young leaders emerge.

And those stereotypes tagged to university Greek students? Most of us adult professionals can learn a thing or two from such determination and raw enthusiasm put quickly into action.

They understand that $25,000 is just a start and that more will be needed, including engaged involvement and sweat equity, to see a wellness center truly emerge as a vehicle or the future of providing students with a valuable educational resource.

But this group of men clearly understood that the first step is the most important, and that student involvement in care for fellow students is critical. So they found a way to make a big statement.

The check, delivered by a group of men I am proud to call friends, and brothers, was just the beginning of a very wonderful thing at Ole Miss.