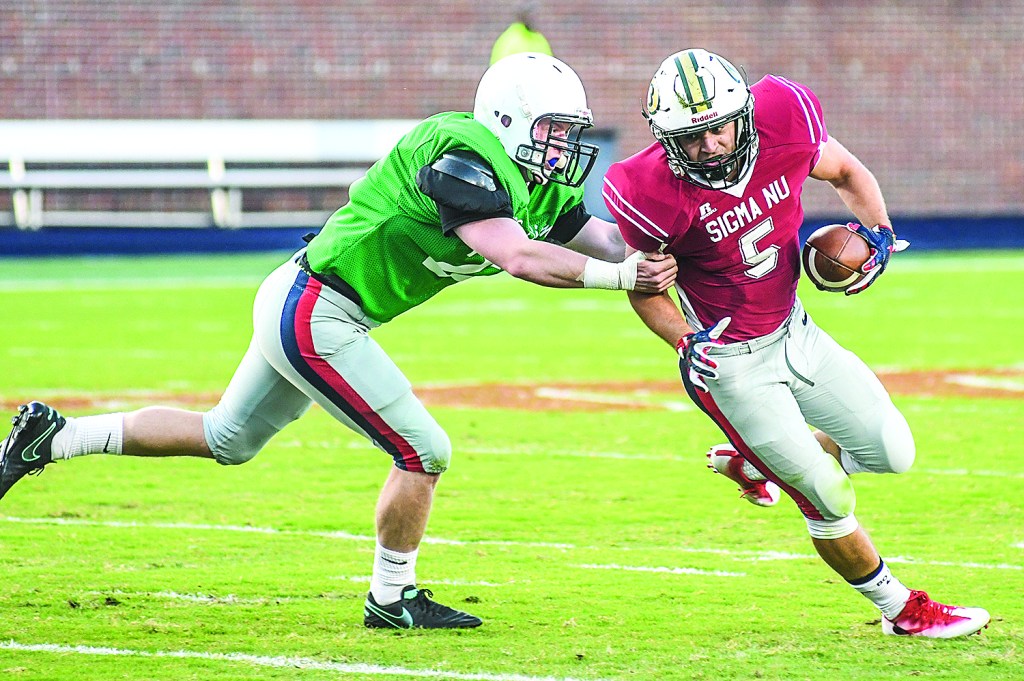 The Sigma Nu fraternity at Ole Miss delivered checks of $125,000 last night to beneficiaries from its annual fundraiser, to including one donation aimed at helping start at new student wellness center on campus for alcohol and drug education.

Sigma Nu, with the advisory leadership of Dr. Jimmy Davis and John Green, gave $75,000 to Chris Madison of Memphis to aid with costs stemming and rehabilitation from his injuries that left him bound to a wheelchair and to help him complete his undergraduate education.

The fraternity, which passed the $2 million mark this year in its 28 years of the annual Charity Bowl fundraiser, also made a first-time donation to help start a new wellness center on campus with a $25,000 donation to the university given in honor of the late William Magee, a Sigma Nu and the son of Oxford Eagle Publisher David Magee.

Magee and his wife, Kent, were called to the field last night by Sigma Nu members who presented them a check for $25,000 that will be deposited into the William Magee endowment for alcohol and drug wellness education at Ole Miss in hopes that a center can be established in the future.

“The men of Sigma Nu made this happen on their own accord,” said David Magee. “They approached me about wanting to help students in the future who may benefit from wellness education. They raised this money themselves, pushing hard to reach an ambitious goal. We are so humbled and proud of their leadership.”

The Sigma Nu fraternity also donated $25,000 to the Manning fund, a non-profit of the Archie Manning family. Both Magee and Manning are Sigma Nu members as well.