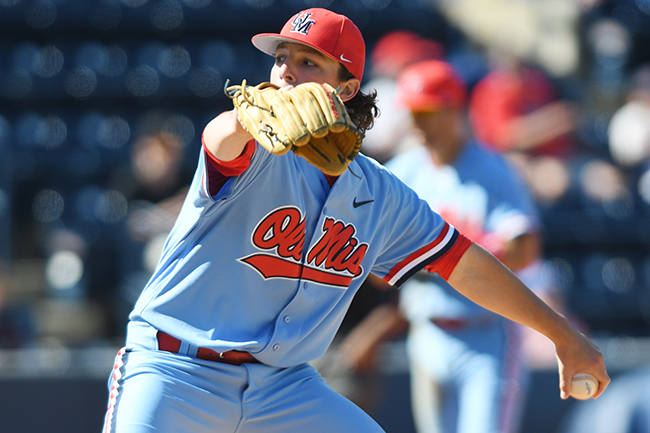 Ole Miss’ offense bogged down again in a 3-2 loss to LSU on Saturday at Alex Box Stadium that clinched the series for the eighth-ranked Tigers.

The Rebels got the potential tying run into scoring position with one out in the ninth as Ryan Rolison and the bullpen again kept Ole Miss close, but Hunter Newman struck out Cole Zabowski before getting Bryan Seamster to line out to end it.

Both teams had eight hits but combined to go 3-for-19 with runners in scoring position. Nick Fortes’ RBI single in the seventh trimmed LSU’s lead to a run, but Ole Miss (22-14, 7-8 Southeastern Conference) didn’t get any closer.

Tate Blackman hit a solo homer in the third, his third home run in two days, but Will Golsan (2-for-4) was the only Rebel with multiple hits.

Zack Hess and Newman limited the Rebels to two hits over the final 2 1/3 frames.

Ole Miss uses four homers to even series with…