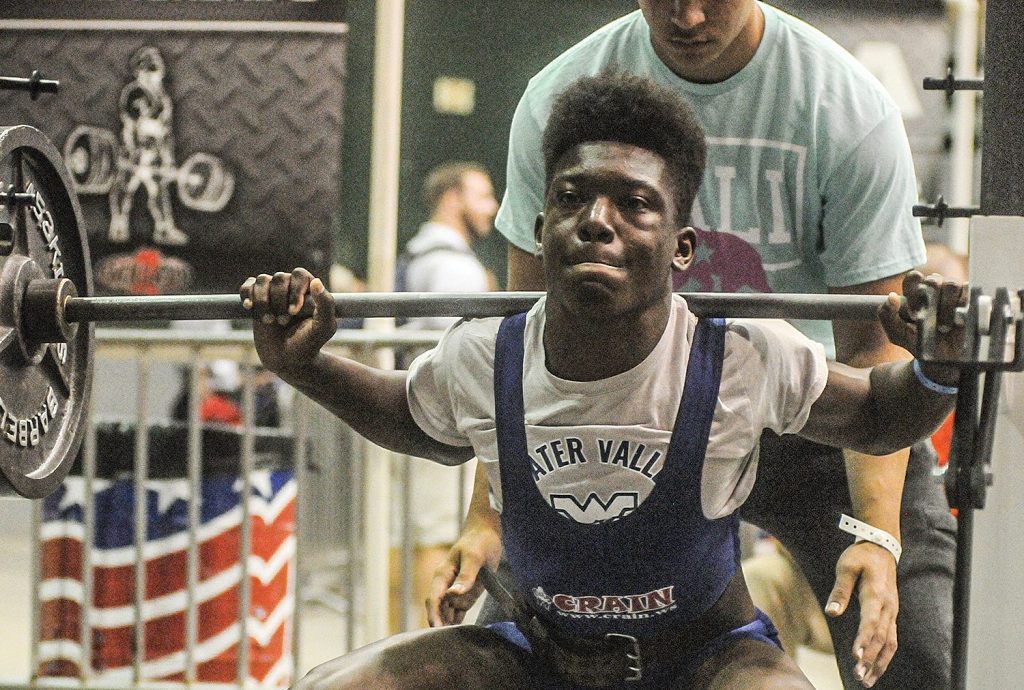 JACKSON — This time last year, there was not any Water Valley athletes representing the Blue Devils at the powerlifting state meet. This year, there were four.

The Blue Devils created a powerlifting team for the first time in school history this season and capped their historic year by reaching the MHSAA powerlifting championships at the Mississippi Coliseum on Friday.

Water Valley head coach Vaughn Daniels brought three boys and one girl to compete in the Class 3A and Class II championships, respectively. Just making it to the Coliseum was history in itself, but the Blue Devils made the trip worthwhile with no lifter placing lower than fifth.

“Most of our guys, and our girls, had no idea what (the state meet) was like,” Daniels said. “I brought down some guys who were knocked out in the North Half just so they could see and get a taste of what this was like.”

The powerlifting program is young not only in its inception but also the team. All four lifters who qualified for the state meet were sophomores competing against juniors and seniors who had been to the Coliseum before.

On the boys’ side, Javarius Benson made even more history for the team, becoming the first Blue Devil to make the podium, finishing third in the 220-pound division in Class 3A. Benson had a total of 1,210 pounds in all three of his lifts (squat, bench press, deadlift). Kenterrious Rucker and Marley Cook just barley missed the podium, placing fourth in the 148- and 242-pound divisions, respectively.

“I’m working with guys who have never lifted before,” Daniels said. “Most of these programs have been around for 10 years plus. So I’m really impressed with them.”

More history was made for Water Valley on the girls’ side with Larkin Gardiner just qualifying for the state meet. Gardiner placed fourth in the 105-pound division with a total of 440 pounds, missing the podium by only 30 pounds.