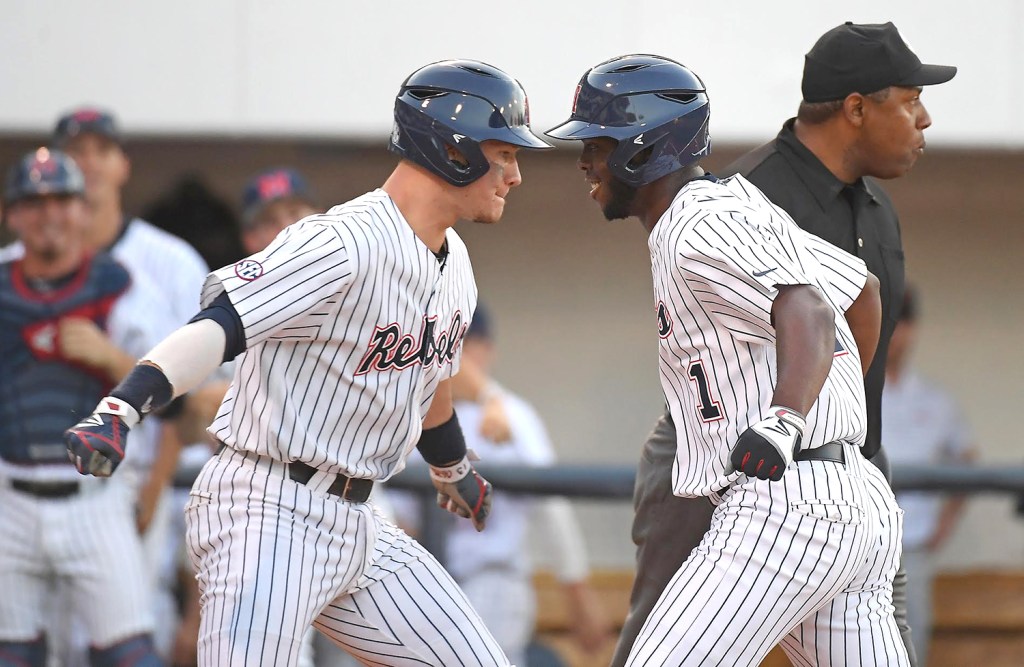 Ole Miss did what it was supposed to do Wednesday night.

The Rebels scored eight runs in the first two innings to set the tone for a 14-6 win over Arkansas Pine Bluff at Swayze Field. UAPB began the day with just 12 wins and 274th in the NCAA’s official RPI rankings — by far the lowest of any team Ole Miss has played this season.

Colby Bortles went 3-for-3 with three RBIs to lead an Ole Miss offense that finished with 13 hits against a UAPB pitching staff that came in with a collective 6.74 earned run average. Ryan Olenek and Tim Rowe also drove in three runs apiece for the Rebels (23-14), who chased UAPB starter Nathan Sawrie (2-4) with six hits and an 8-1 lead after two innings.

“It’s always big-time when you can score first, kind of take that pressure of your back and let our pitchers just fill up the zone,” said second baseman Tate Blackman, who scored three runs.

D.J. Miller, making just his second start of the season in left field, hit his first career home run in the first to erase the 1-0 lead Aderly Perez briefly gave the Lions with a solo shot of his own off Greer Holston — his first of two homers — two batters into the game. Nick Fortes, Kyle Watson and catcher Cooper Johnson each drove in a run.

With Johnson getting his first start since March 30, Fortes got his first career start at first base to keep his bat in the lineup. Fortes leads the Rebels with a .318 average.

“He had only practiced one day (at first base) on Monday,” Ole Miss coach Mike Bianco said. “It sounds funny, but most catchers can handle it. When we asked him if he could do it, he kind of laughed. The thing I guess I was a little more concerned with was is, if it was a close game, bunt defense and some different things.”

UAPB (12-24) got to Holston for three more runs on three hits in the third, but the freshman right-hander settled in to retire six of the last seven batters he faced in his fourth straight midweek start. Holston (2-2) scattered six hits, walked three and struck out seven in five innings.

“I think sometimes when you get that lead, they’re swinging so freely and you’re just not hitting some spots,” Bianco said of Holston. “He was able to certainly get his breaking ball into the strike zone more in the latter part of the game and pitch in better counts. Those two things make a big difference.”

Houston Roth came on and struck out four in two innings of hitless relief, combining with senior Sean Johnson to hold the Lions scoreless for three frames as Ole Miss built a 14-4 lead after eight innings. Perez hit a two-run shot off Jason Barber in the ninth.

“We were able after that three-spot to put up a bunch of zeros in a row,” Bianco said. “One, I thought it was Greer, but two, Roth was super dominant tonight. Just terrific.”

Ole Miss will stay home this weekend for a series against Missouri starting Friday. First pitch is set for 6:30 p.m.