Charlie Mars has plenty to show for successful music career 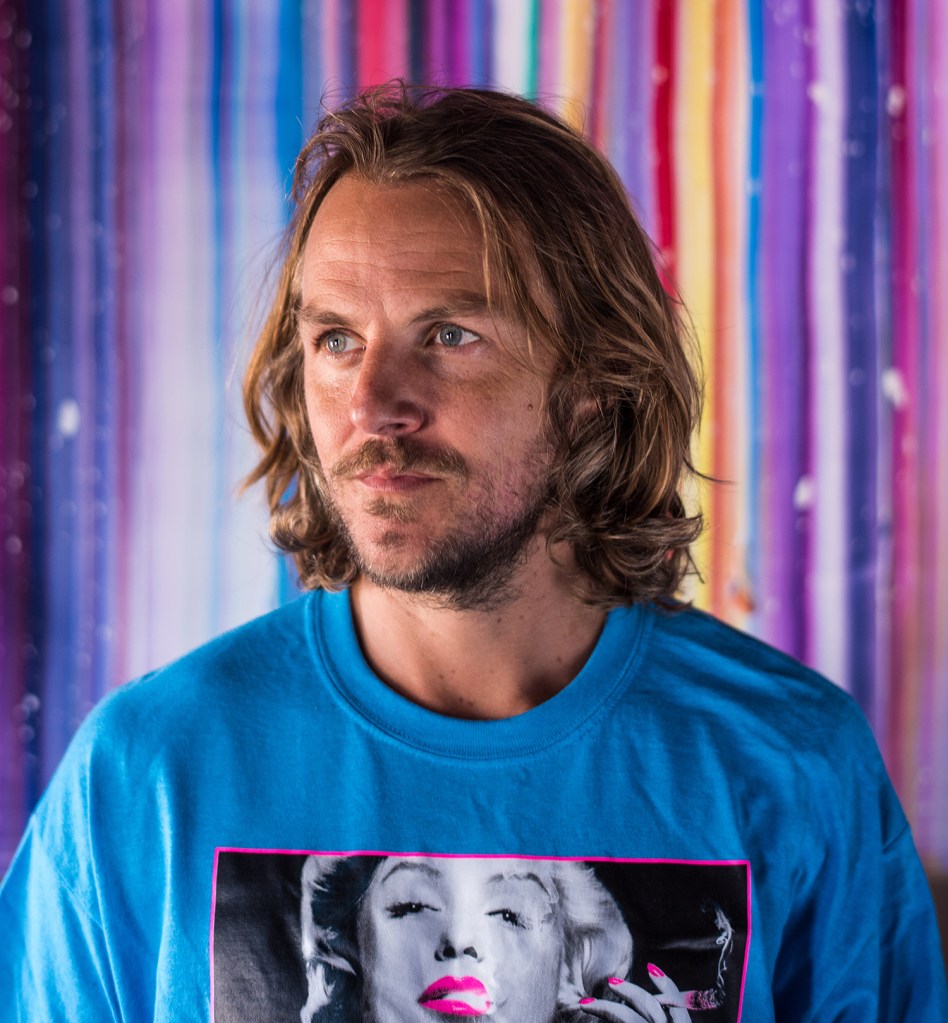 EDITOR’S NOTE:  Charlie Mars will be performing tonight at 8:30 p.m. at Proud Larry’s. This full article appears in the April issue of Oxford Magazine and can viewed at www.oxfordmag.com.

Charlie Mars was drunk the night he took the stage at Double Decker in April 1998, slurring his words and cursing in front of the crowd before Robyn Tannehill, who then was the city’s tourism director, dragged him offstage by his belt loop.

“Robyn basically kept me from getting arrested,” Mars says of Oxford’s mayor-elect. Tannehill’s grace is one of the few things Mars vividly remembers about that night other than an irate Pat Patterson, then a tourism board member years before his mayoral run.

A few years of touring college-town crowds and festivals led Mars to assume Double Decker, then a relatively new addition to Oxford, was like any other music festival where booze-soaked performances are par for the course and the atmosphere isn’t designed to be family-friendly.

“Everybody in town threw a fit because I was such an idiot,” Mars says. “Obviously I cared because I had acted like a jerk, but I was also 23 and hammered, and it’s rock-and-roll. Rock-and-roll is all about the cock of the walk.”

The city temporarily banned him from performing publicly after that night, Mars says.

It didn’t take long after that for him to come to terms with the fact that his lifestyle, fueled by just about every vice imaginable, was derailing a career he had been building since college. A few years later, fresh out of rehab and seeking a soft place to land that would be free of temptation, Mars, whose brother was then an Ole Miss student, decided to move to Oxford.

The plan was to stay for a year.  Almost two decades later — still living in his enviable second-floor apartment on the Square — Mars is a cherished local who fits perfectly in Oxford’s thriving culture of eccentric artistry.

Having sustained a music career for nearly 25 years no signs of slowing down, the young Charlie Mars Oxford once shunned is a far cry from the 42-year-old man and musician he is today.

Sticking to his roots

Most mornings, Mars fills a metal tub on his back porch with ice water, submerging himself in the frigid bath for five-minute intervals for nearly an hour. Based on a controlled-breathing method popularized by Wim Hof, a man who’s set world records with his impressive ability to endure freezing conditions for hours at a time, the meditative ritual has become part of Mars’ daily routine. A miserable practice, he admits, but a beneficial one.

“The pursuit of comfort shouldn’t be the end-all-be-all,” Mars says, famished and fueling up with a steak sandwich at Saint Leo shortly before our interview.  “A lot of lessons live inside pain.”

The short walk to his apartment is peppered with locals stopping to greet Mars before we stop for coffee at Square Books, probably Mars’ favorite place in Oxford. He’s always been a reader, carrying his love for books to Southern Methodist University in Dallas where he majored in English. One of the reasons Oxford fits him, he says, is the town’s slant toward intellectual curiosity, particularly when it comes to literature.

“The town’s life force is Square Books,” he says. “If it wasn’t for that bookstore, I think the town would really lack that beating heart.”

Fifty feet from that bookstore is Mars’ apartment, which aside from a few small fixes here and there, hasn’t changed much since he first moved in. Almost every detail in the living room is tied to a story or memory or person, from the photographs adorning the walls to the Moroccan throw blanket on the couch to the menu he stole from a New York restaurant because it was hand-drawn by its owner, Robert DeNiro. Mars’ newest conversation piece hangs above the fireplace, a large colorful canvas painted by his brother, Chad.

The concept of home is something he talks about a lot due to his strong ties to Mississippi and hometown of Laurel and that he’s spent so much of the last 25 years traveling.

“It’s an unrooted life being a musician. You travel constantly, and I don’t have a strong sense of identity as far as that goes. It’s nice because no matter what, you can look at me and be like, ‘What are you?’ and I can say, ‘I’m someone who comes from a line of people that have been here for 150 years, and regardless of whatever anyone has to say, I belong here.”

The Birth of “Beach Town”

One of Mars’ first memories is of his grandfather, Charles — also known as Charlie — teaching him how to play his first song on the piano.  He died in February and left behind one hell of a legacy as someone who lived for adventure — the type of guy who would make a spur-of-the-moment road trip from Meridian, Mississippi, to Augusta, Georgia, in 1954 to watch his favorite golfer compete in The Masters and return every year after that, even flying his own plane through thunderstorms for his 50th consecutive trip in 2004.

Childhood trips to Mars’ grandfather’s condo in Destin, Florida, are among some of his happiest memories.

About five years ago, Mars started returning to the Florida coast for the annual 30A Songwriters Festival and mini-vacations throughout the year. Aside from being a change of pace and an escape from constant touring and songwriting sessions in Nashville, Mars wrote hundreds of “very personal” songs over that time, which eventually laid the groundwork for his latest album, “Beach Town.”

The album is a gift to Mars’ fans in many ways, he says, adding that he wanted them to have it before anyone else, even bypassing digital distribution at first to sell physical copies of the album at shows and through his website before releasing it through streaming services.

“I want to be able to service my fans first in a very organic way,” he says. “Simply on principle. There’s no other reason for it.”