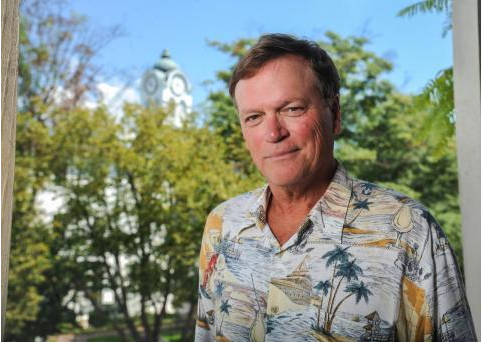 Jim Dees’ “The Statue and the Fury” (Nautilus Publishing) won the 2017 Bronze IPPY Award for best memoir from the South published by a small press.

The IPPY Awards are bestowed each year by the Independent Publishers Association of America.

Awards director for the association Jim Barnes said that the Independent Publishers Association received over 4,500 entries in all categories for the 2016 contest.

“The memoir category was particularly competitive with 100+ nominees,” Barnes added.

Jim Dees, the author and host of Thacker Mountain Radio said, “I’m very honored the Independent Publisher’s Association chose The Statue and the Fury for this award. I share this honor with the staff at Nautilus Publishing who were so solid in their efforts and also with the city of Oxford. Our town has long been a home for stories and storytellers and this award from a national publishing group is proof of that. My humble thanks to the IPPY Association and to all the readers who have embraced this book.”

“The Statue and the Fury” was among the top selling memoirs in independent bookstores in the South.

Neil White, Creative Director & Publisher at The Nautilus Publishing Company, said, “We’re proud of Jim for this accomplishment. But we’re even more honored to have shared this wild story with readers.”