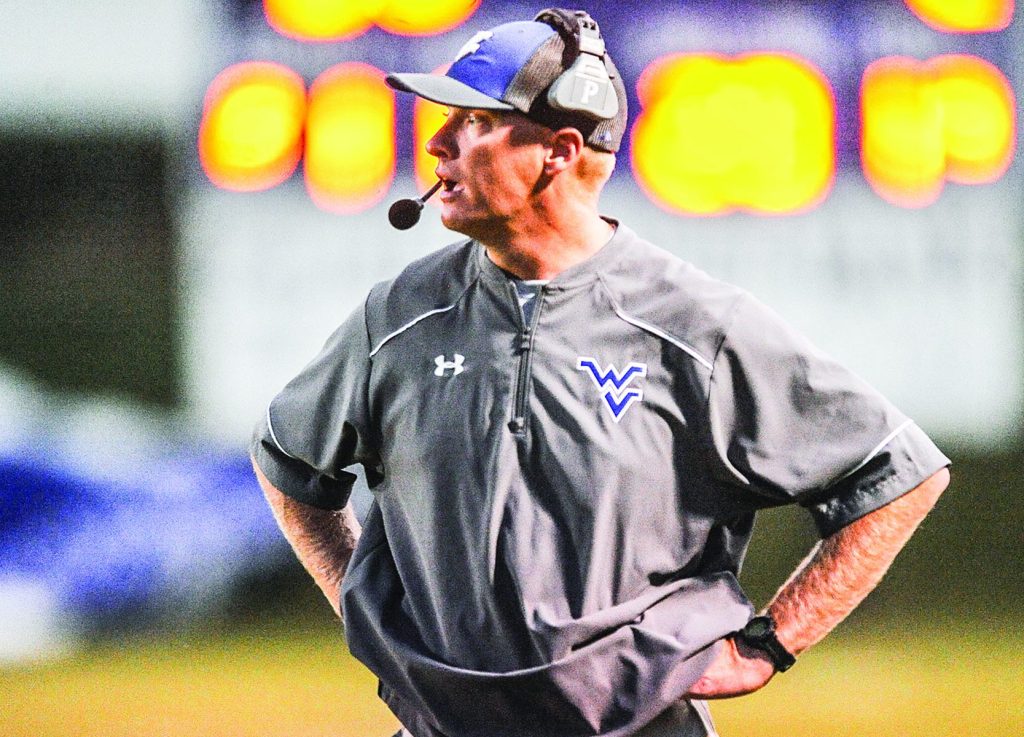 Last year was not one to write home about for the Water Valley football team. A 2-9 season which was effected by a young team, injuries over the course of the season and other issues that can occur during the year has the Blue Devils getting back to basics as they begin spring practices on Monday.

With only seven seniors on last year’s roster, the Blue Devils are returning a wealth of players who have a wealth of experience with underclassmen who had a trial by fire last season.

“We got a lot of experienced sophomores,” Water Valley head coach Brad Embry said. “We’ve been trying to do a few things to get ready this week. I remember myself telling some of the kids, ‘You’re an experienced sophomore. You should know what you’re doing now.’ … You’ve got to find positives, and normally we have juniors and seniors playing here. That wasn’t the case, but the positive is we have a lot of experience with young kids.”

Embry may have been laughing a little as he said that, but there is truth to his statement. Water Valley was young in 2016 and they will still be young in 2017, but only by grade level. With that knowledge gained from last fall and knowing he has all of summer and fall camp to continue to get his kids ready for next season, Embry is taking a simple approach to spring drills. There are only 15 practices allowed by the MHSAA and five of them must be out of pads, and Embry plans to use those to the fullest extent.

“We’re still looking for players. Keep it simple,” Embry said. “We want to let them go out and play and get our base stuff in. Base offense, base defense. Then we’ll add stuff throughout the summer even with our 7-on-7 schedule.”

A lot of Embry’s hopes for spring practice and how far along his team can be entering the summer hinges on how fast he can get his entire team back on the practice field. Most of his offensive players are still playing another sport with the baseball team beginning the Class 3A playoffs this weekend against Nettleton. With spring only two weeks before they host North Pontotoc for a spring game on May 11, the focus will be on defense and will bring the offense along when Embry and his staff can. The biggest loss on the offensive side is returning quarterback Ty Varner, who is a key player on the Blue Devil baseball team.

“We’ll adjust accordingly when all those guys get back together,” Embry said. “It’s spring football. We’ll get them ready in the summer. If they make a run, which they’re talented but young, so they could win this weekend and make a run and you just don’t ever know. I hope that’s what happens.”