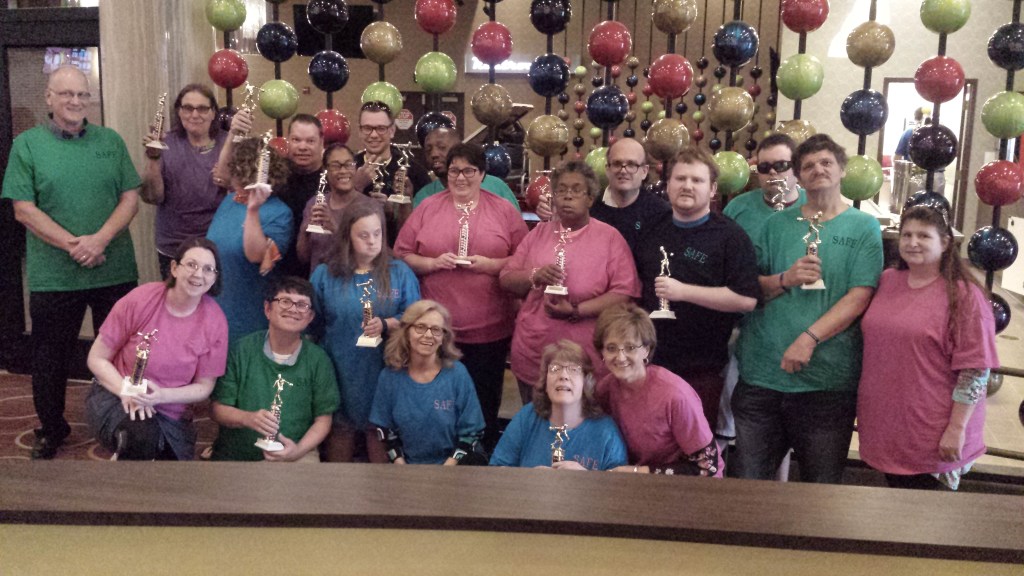 The Let it Roll Bowling League celebrated the end of its first season recently at Premier Bowling Lanes.

The celebration was the culmination of the season that began on Nov. 7, 2016.

Dawn Dziduch, founder and co-adviser of SAFE/Self Advocacy for Everyone, which is a community organization for individuals with special needs, explains how the league began.

“I having had years of experience as a self-advocacy adviser in New York State, sensed the need when I retired here in Oxford for more community integration and independence for people with special needs,” Dziduch said.

In January 2015, Dziduch and her husband Steve started SAFE with four individuals, their daughter Tina being one of them.

Top on the list of their mission statement is: “participating in our community, being more independent, speaking up for ourselves and others and primarily having fun.”

In the last two years, SAFE has been a very active group meeting monthly and also getting out in the community for entertainment or volunteering.

“Bowling is an activity that everyone loves, so we couldn’t wait for the new Malco Premier Lanes to open up,” Dziduch said. “We discussed starting a bowling league at our meetings and were able to find out that people were very interested in a league at the 2017 Bowling Special Olympics in October.”

At SAFE’s meeting in October, everyone decided to “get the ball rolling” for the league.  The Let it Roll bowling league started with participants from the North Mississippi Regional Center,  Scott Center, Lafayette High School, Communicare Connections and SAFE and Vibes. Bowlers met the second and fourth Wednesday of the month through the end of March.

The bowling season was a success as well as the banquet, which was held on April 12. The 80 people who attended the luncheon were entertained by magician Bill Lawhead.

The Let it Roll bowling league will begin again in September.

For more information on the Let it Roll bowling league or SAFE contact at sddziduch@gmail.com.