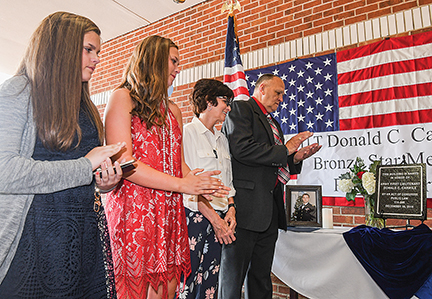 Although it’s been the better part of a decade since U.S. Army 1st Lt. Donald C. Carwile was killed in Afghanistan, those who knew him — and many who never met him — are still working hard to make sure Oxford and Lafayette County forever remember him.

Oxford resident and U.S. Marine war veteran Gene Hays contacted U.S. Rep. Trent Kelly (R-Miss) last year about sponsoring a bill to rename the post office. Kelly, who attended Friday’s ceremony, said he was honored to sponsor such a bill that passed the House and Senate and was signed by Pres. Barack Obama in December of  2016.

An Oxford native, Carwile was originally an infantry officer who joined the U.S. Army in 2003 shortly after graduating from Lafayette High School. He then left the army to pursue a career in law enforcement, working as a patrol officer with both the Batesville and Oxford Police Departments. In 2006, Carwile re-enlisted in the Army, this time qualifying as a member of the Officer Candidate School.

During his deployment to Afghanistan during Operating Enduring Freedom, Carwile was assigned to the 1st Battalion, 506th Infantry Regiment, 4th Brigade Combat Team, 101st Airborne Division. It was during his deployment, on Aug. 15, 2008, when he was killed in action after his vehicle was first struck by an improvised explosive device and later came under attack from insurgent small-arms fire and rocket-propelled grenades in Wardak Province.

Carwile was 29 years old when he was killed. He left behind his wife, Jennifer and their two young girls, who are now 14 and 11 years old.

Oxford Mayor Pat Patterson and Jeff Busby, president of the Lafayette County Board of Supervisors both spoke of Carwile’s service to his hometown, his family and country.

“We are humbled by his devotion to his country,” Busby said. “This post office will now stand as a constant reminder of his sacrifices for this community and this country.”

Monica Minor, marketing manager for the U.S. Postal Service presented the family with the plaque that will hang in the post office.

Carwile’s father, Dennis Carwile thanked Hays and Kelly for their efforts in renaming the post office. Through tears, he quoted Mathew 5:9 – “Blessed are the peacemakers for they will be called children of God.”

“Donnie was where he wanted to be, serving his country when this tragedy struck this family,” Carwile said, his voice shaky with emotion. “It’s a tremendous honor.” 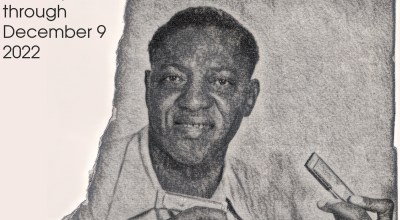