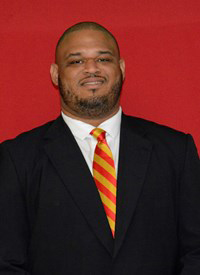 Ole Miss’ men’s basketball team is bringing back one of its own to coach.

“We are pleased to announce that Rahim is coming home to join our staff,” Kennedy said in a statement. “From being an All-SEC player to establishing himself as an outstanding coach at the high school and junior college levels, I have seen Rahim develop into a coach that we feel can significantly impact our program. We are excited that he is rejoining his Ole Miss family in our efforts to continue to move this program forward.”

Lockhart, who played for the Rebels from 1998-2001, spent the last three seasons as the head coach at Jones County Junior College, where he coached first-team NJCAA All-American and Ole Miss signee Bruce Stevens. The Bobcats went 64-15 during Lockhart’s tenure, including a 29-2 mark this past season.

Lockhart has also been a head coach in the Mississippi high school ranks at Madison Central, Grenada and Taylorsville.

A Mendenhall native, Lockhart scored 1,160 points and pulled down 780 rebounds during his All-American career at Ole Miss. His career field-goal percentage of 56.1 is the best in program history.