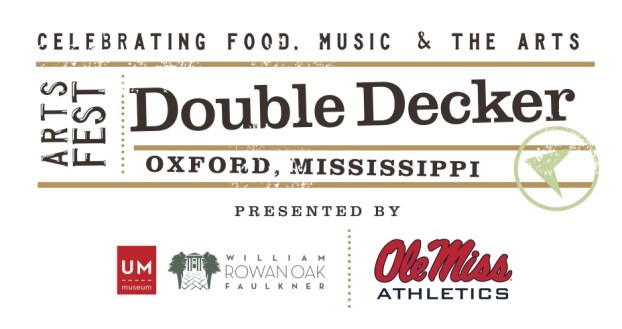 A letter was sent Monday to Mike and Bridget Tatum by city attorneys, notifying them of the trademark infringement and demanded the company stop selling the merchandise containing references to the Double Decker festival.

City officials said Oxford T-Shirt ignored the order and were still selling the merchandise after receiving the notice and were also still advertising the T-shirts on the company’s Facebook page Monday night.

The owners of Oxford T-Shirt Co. did not immediately respond to requests for comment Tuesday.

Through the city’s tourism department, Visit Oxford, raises funds through T-shirt and other memorabilia sales during the annual Double Decker Arts Festival, that goes into the budget to help fund the event for the following year. The name has been used since 1996 for the festival and is used to help promote tourism to the city.

On Monday, the Oxford Board of Aldermen met in an executive session where they voted to seek injunctive relief “and all other relief allowed,” against Oxford T-Shirt Co. for allegedly violating the trademark by selling materials related to the Double Decker Arts Festival that takes place this weekend, starting on Friday.

Mayor Pat Patterson recused himself from the discussion and vote since he owns Oxford Sporting Goods, which sells T-shirts.

The order, signed by Chancery Court Judge Robert Whitwill Tuesday, states the request for the temporary restraining order was granted because there is a strong likelihood the city of Oxford would prevail in their claim; to prevent irreparable injury to the city; the injury to the city outweighs the injury the injunction might do to the T-shirt company; and that it is in the public’s interest.

In the city’s motion for relief, it claims Oxford T-Shirt is selling merchandise with the words “Double Decker” in conjunction with the words “On the Square,” or “The Square,” which the city claims was clearly designed to evoke the Double Decker Arts Festival. Additionally, the motion claims the company’s advertising for the shirts “were expressly tied” to the festival, using such phrases as “We are excited about Double Decker weekend!!!,” and “It’s almost Double Decker time!!”

The city claims that even where the identical words of the trademark aren’t used, “injunctive relief is appropriate where the meaning is so similar that under the circumstances its use reasonably calculated to deceive and result in injury.” The motion states the words “Double Decker” has held a special meaning in north Mississippi for more than 20 years.

The temporary restraining order will be in effect until May 5 when a hearing is scheduled at 9:30 a.m. at the Calhoun County Chancery Court in Pittsboro.