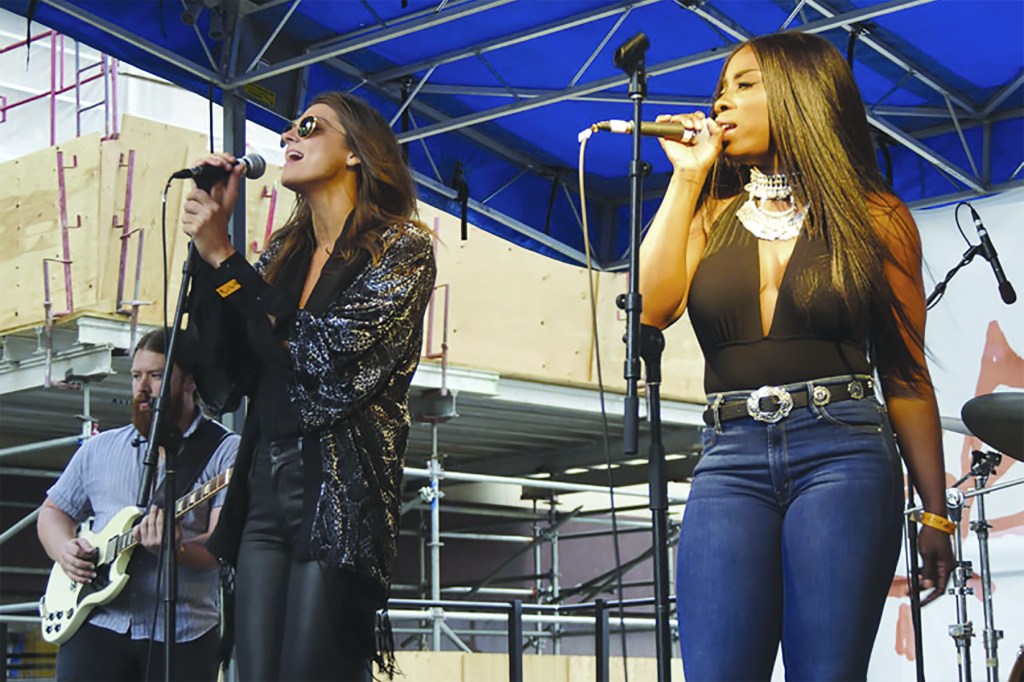 Indie rock band Muddy Magnolias out of Nashville, Tenn. are set for high-octane show as the Double Decker headliner Friday night at 8 p.m. after Thacker Mountain Radio Hour on April 28, 2017 in Oxford, Miss.

The Muddy Magnolias are an indie rock band based in Nashville formed in 2014 by songwriters Jessy Wilson and Kallie North. Their songs reflect Wilson’s Brooklyn roots and North’s Texas/Mississippi background. Their debut album, “Broken People,” was released in 2016 and is described as “city grit meets Delta dirt.”

North was raised in southeast Texas and began singing with her family and studying piano at an early age. After high school, she haunted the many clubs in Austin, absorbing everything from alt-country and jam bands to New Orleans funk. She met her husband and moved with him to his native Mississippi. There, on their isolated farm, she had her awakening into the deep history of the Mississippi Delta.

“It’s the birthplace of America’s music,” she said, “and so much of today’s music is influenced by everything that came out of it.”

Wilson was raised in Brooklyn and was in love with music from her earliest days. By her teens, she was singing back-up for Alicia Keys. She worked four years with John Legend, and through him, sang with artists such as will.i.am, Kanye West, Raphael Saadiq and Babyface.

Wilson and North met in Nashville after Wilson noticed a photo North had taken of an old juke joint and wanted to meet the photographer. They immediately began writing songs together.

“The first day we wrote together,” North said, “there wasn’t much thought that we were blending genres and worlds. That never came up. It was just natural.”

“We spent a whole year writing, trying to understand what our message was when we combined our stories,” said Wilson.

As they continued to write and perform, opening for the likes of The Zac Brown Band and Gary Clark, Jr., they put together a sound that crosses genres effortlessly. Their debut album, “Broken People,” combines poetic imagery and vocal passion, with the musicianship and production of Motown or Muscle Shoals by way of the raw honesty of Sun Records.

Since the record’s release, the Magnolias have been touring extensively (including a memorable show last year at Proud Larry’s) and recently had one of their songs included on the soundtrack of the new Ghostbusters movie. The New York Times describes their music as “merging soul and country on a shared foundation of gospel and blues.”

“Our path is so much better and our lives are so much richer because of our getting out of our comfort zones and taking a chance on our friendship,” North said. “We want to bring people along on this journey.”

The Double Decker audience can expect a high-octane show with the energy of rock and soul and the depth of real blues.