The festival will feature 25 food vendors wrapped around the Square to serve the best of Oxford cuisine to over 60,000 people.

Ben Ulmer, who co-owns Beagle Bagel with his brother, Will, is happy to have expanded their Mississippi-founded franchise to its third location in Oxford.

“The community has been very inviting,” Ulmer said. “Everyone has welcomed us with open arms as a business and a family.”

Ben Ulmer and his wife moved to Oxford shortly before opening Beagle Bagel on West Jackson Avenue. This will be the restaurant’s first time participating in the Double Decker Arts Festival.

As a new Oxonian, Ulmer said, “We are more than excited to be in Double Decker. I am glad that Beagle Bagel gets to be a part of this great weekend and has received great support from Lee Ann Stubbs and everyone at Visit Oxford.”

Beagle Bagel will be selling its “world famous” chicken salad along with a salad sampler including chicken salad, fruit and pasta to go with a turkey sandwich and iced cookies for a dessert.

“We are super ready,” Ulmer said. “Our goals are to make sure we don’t run out of food and to keep introducing Oxford to Beagle Bagel.”

Joining Beagle Bagel is newcomer Chicken Salad Chick. “We are very excited for our first Double Decker festival,” co-owner Robin Massey said. “It’s a great opportunity for us to be part of the community.”

She and co-owner Will Clayton moved to Oxford from Auburn to launch the new location.

“We are both originally from Albany, Georgia and we were both looking for a new business adventure,” Clayton said. “Robin was obsessed with Chicken Salad Chick and would bring it home for lunch and dinner often. We knew Chicken Salad Chick would be a great opportunity for us. We both have friends and family who attended Ole Miss and we knew this would be a great place to put down some roots. We love living in our new town so far.”

At the festival, they will be selling their most popular chicken salads: Classic Carol, Fancy Nancy and Sassy Scotty with chips and water bottles.

Massey said, “We are ready and excited for everyone to try our yummy chicken salads. We hope to promote our new store here in town and we also hope to meet new customers that will become our regulars in the store. We love seeing all of our familiar faces in our store each day.”

These familiar faces can join new faces at the Double Decker Arts Festival to enjoy a bite or four at Beagle Bagel and Chicken Salad Chick around the Courthouse Square.

To find Beagle Bagel and Chicken Salad Chick at the festival, visit doubledeckerfestival.com ahead of time to memorize or download a map.

My advice: Come hungry with a full wallet.

Callie Daniels Bryant can be reached at caldanie@gmail.com. 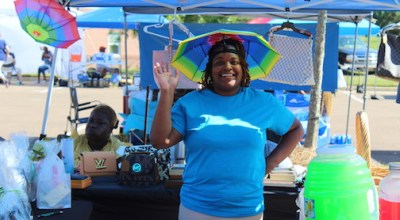 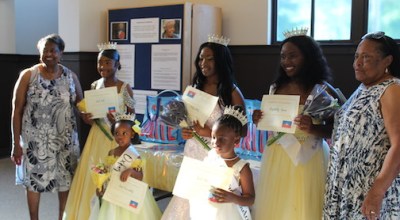