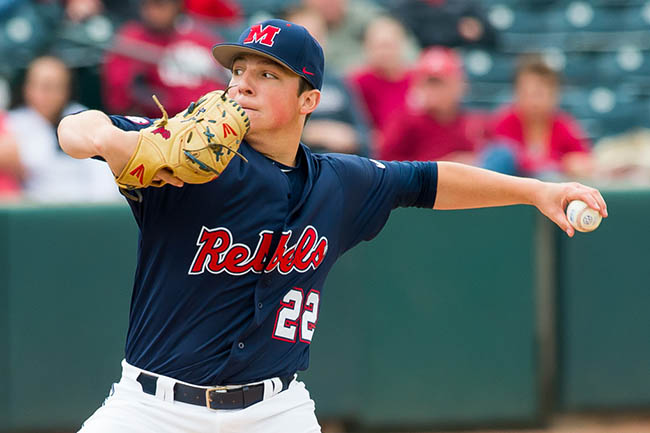 Ryan Rolison and the Rebels’ bullpen silenced No. 15 Arkansas’ bats for the second straight game, and Ole Miss rode its fast start to a 4-1 win Friday in the first game of a doubleheader at Baum Stadium to clinch the series.

Tate Blackman and Nick Fortes each had two hits for Ole Miss. Fortes had a two-run double while Colby Bortles and Cooper Johnson drove in a run apiece.

Rolison (6-2) kept Arkansas scoreless through the first five innings and allowed one run on four hits while striking out three in six innings, throwing 60 of his 95 pitches for strikes. The Razorbacks mustered just one more hit against Will Ethridge and Dallas Woolfolk over the final three frames and have just seven hits in the series.

Trevor Stephan (4-3) took the loss for the Razorbacks after allowing seven hits and walking one in six innings.