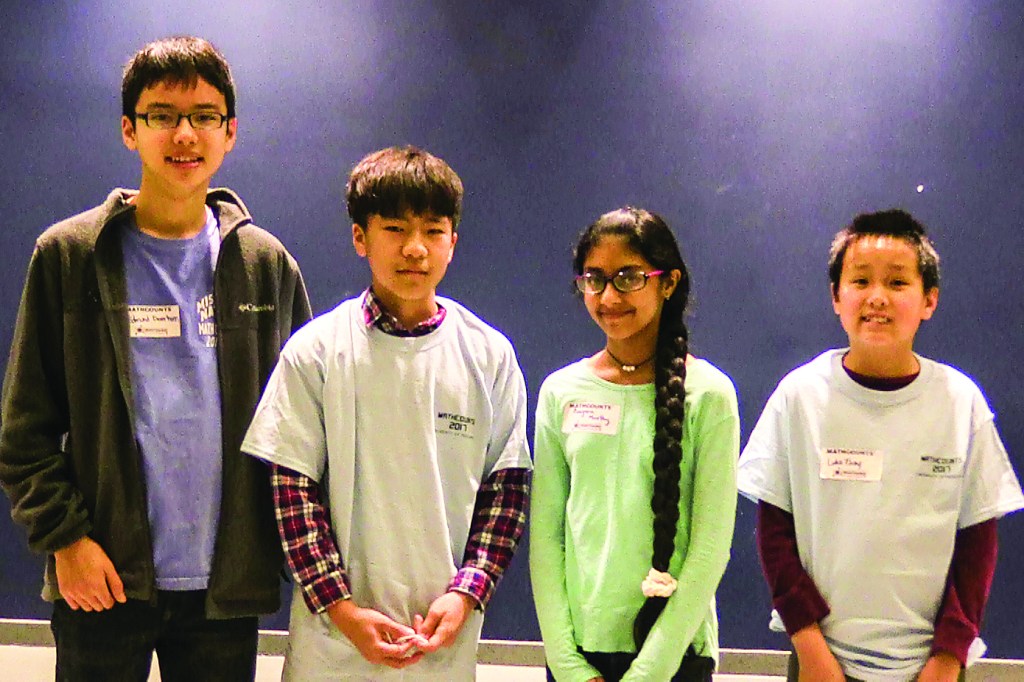 A team of middle school Mathletes from Oxford Middle School won the local MATHCOUNTS competition held at Lamar Hall on the Campus of the University of Mississippi recently.

Members of the winning team include Edmund Doerkson, Srujana Murthy, Kevin Park, and Luke Zhang.  Kayla Golden and Jasmine Roberson were coaches of the Oxford Middle School Mathletes. The top individual winners were Luke Zhang and Edmund Doerkson. The team and other top individuals, George Davis and Ely Null, both from Corinth Middle School, represented Northeast Mississippi at the State Competition held on March 25 at Madison Middle School. The Oxford Mathletes placed third in the team round at the State competition.

In our increasingly technological society, those students who do not begin developing strong problem-solving, logical thinking and analytical abilities in middle school will face an uphill battle later in life if they wish to pursue a medical, scientific, mathematical, engineering or technical career.

As a national math enrichment, coaching and competition program designed to improve math skills among U.S. students, MATHCOUNTS prepares students for future career opportunities and success. More than 6 million students across the U.S. have participated in MATHCOUNTS programs.

The local program is sponsored by local organizations and community members. Leadership at the local levels of the MATHCOUNTS Competition Series is provided by members of the Mississippi Engineering Society and Center for Mathematics and Science Education at the University of Mississippi.

Additional information on MATHCOUNTS is available at www.mathcounts.org.