Oxford track set to defend 5A crowns after North Half sweep 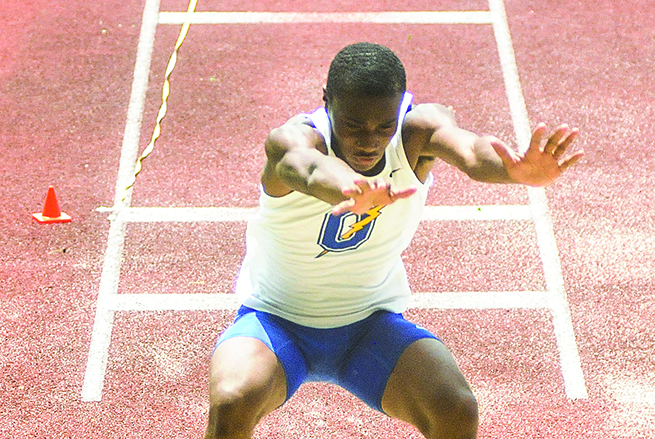 If Oxford’s track & field teams are big believers in momentum, then they should have all the confidence in the world heading into Friday’s MHSAA Class 5A state championship meet. The Chargers swept the 5A North Half meet held at Bobby Holcomb Field on Saturday and left little doubt who the kings and queens of track were in the top half of the state.

The boys team picked up an astounding 237 points, finishing 148 points better than runner-up Canton’s 89. Germantown (54.5), Center Hill (54) and Vicksburg (42) rounded up the top-five. The Chargers won 12 of the 18 events and sending a total of 28 athletes and relay teams to the state meet as the top-four finishers in each event qualify to advance. The biggest concern for Oxford heading into Saturday’s meet was the threat of Canton, but that concern was quickly extinguished.

“It was a great day for us,” Oxford boys head coach Chris Bush said. “They came in and performed and executed and got a lot of people through. When Canton realized they weren’t going to beat us, their coach let his guys leave to go to prom. Which, those last four or five events gave us a big boost because it got some more people in for us we didn’t expect to have. Puts us in a really good position heading towards Friday.”

The field events got the day started with Oxford winning four of them. Jackson Dear took the pole vault event while Quentin Wilfawn won the discus and shot put. Devin Rockette won the long jump event and finished second in the triple jump. D.Q. Thomas finished behind Wilfawn in the shot put and was also the runner-up in the triple jump.

In the hurdle events, Jared Redding placed second in the 300 meter and fourth in the 110 meter. Jaquan Webb won the 200-meter dash with Rockette finishing second. Cameron Epps won the 400 meter dash while Webb and Rockette took second and third, respectively, in the 100 meter dash.

Girls claim title
It was not quite as a commanding of a win for the Oxford girls, but they still picked up 188 points and bested runner-up Center Hill by 46 points.

The Chargers won 10 events and had a total of 22 athletes and relay teams qualify for Friday and a chance to win their second straight state championship.

In somewhat of a surprise, Charli Kendricks was usurped by teammate Elizabeth Duperier in the pole vault event as the two will both battle for a state title later this week. Monya Baskin continued to excel in the shot put while teammate Briunna Ducksworth placed second. Oxford took the top three spots in the high jump with Kathleen Patton taking the event with eighth-grader Mia McKey and Kyla Johnson placed second and third, respectively.