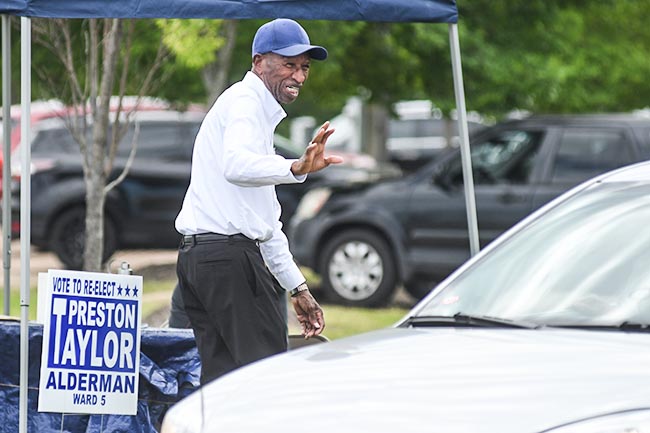 When it comes to local elections, every vote truly does matter as was the case in Tuesday night’s Oxford municipal primary where Ward 5 Alderman Preston Taylor won by just 20 votes.

There are 2,045 registered voters in Ward 5; however, only 2 percent of them voted Tuesday.

Taylor has served as Ward 5 aldermen for 16 years. Taylor left the Oxford Conference Center, where residents voted, after learning he won without making a statement.

Hilliard said that while disappointed she didn’t win, she enjoyed campaigning.

“This was my first time running in an election,” she said. “I’m pleased how close the race was. That says a lot. There are people who would have liked to see me win. But there’s still work to be done. Congratulations to Mr. Taylor.”

Hilliard said she plans on getting more involved in serving the city and may seek a position on one of the city’s many commissions.

Ward 1 Alderman Rick Addy also retained his seat on the board, beating his opponent Patrick Herbert. Addy received 300 votes and Herbert received 37 votes. There are 2,496 registered voters in Ward 1.

“I’m humbled,” Addy said after learning he won the election. “Thank you to the voters for their overwhelming support. I look forward to continuing the work I’ve started.”

Addy was elected in 2015 during a special election after then-alderman Jay Hughes stepped down after winning the Oxford seat in the House of Representatives. Addy has donated his monthly alderman salary each month to local charities and said he plans on continuing his donations.

Herbert said that even though he lost, the experience was “still worth it.”

“This campaign has been a great learning experience for me,” he said Tuesday night. “I doubt with voters rejecting affordable housing, the county zoning itself and non-service jobs leaving in droves, Oxford will continue to grow. I hope I’m wrong and encourage everyone to run for local office.”

All four candidates in Tuesday’s primary were Democrats. Since no Republican candidates ran against them, those Wards’ races were decided Tuesday.

On June 6, Ward 2 voters will elect either Republican Mark Huelse or Democrat Paula Shanks as their alderman and Ward 6 voters will decide between Republican incumbent Jason Bailey and Democrat candidate Wayne Andrews.

Wards 3, 4 and At-Large had no opposing candidates qualify against the incumbents. 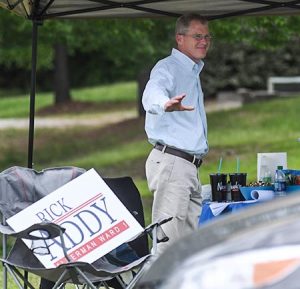