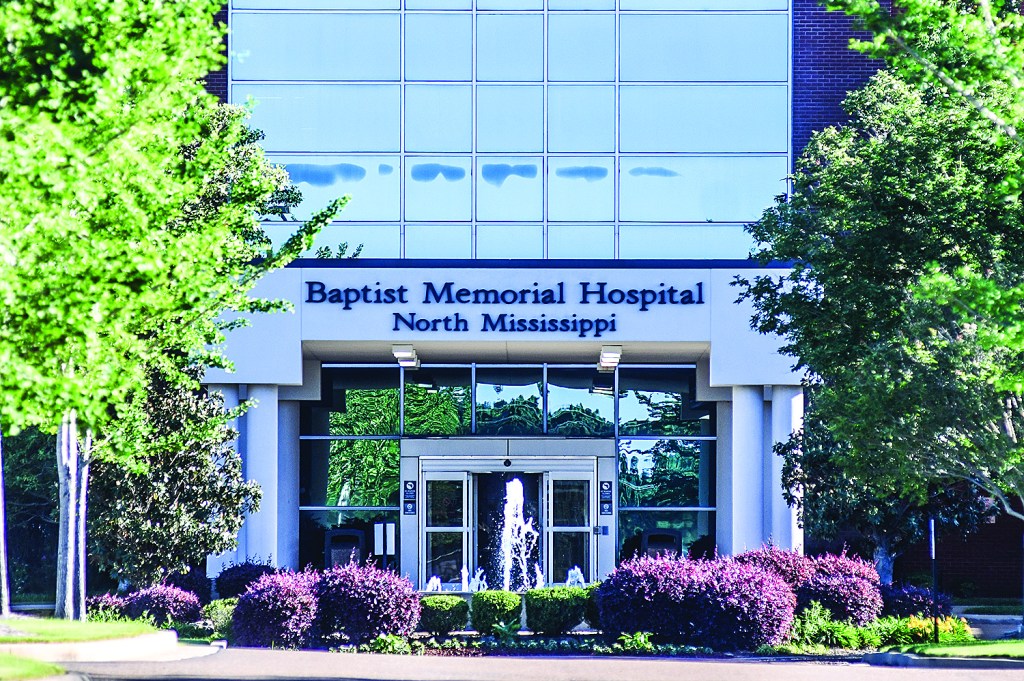 The Baptist Memorial Hospital-North Mississippi property on South Lamar Boulevard is being purchased by the University of Mississippi.

Executives of the two systems announced the merger Monday, saying it had been completed last month.

Jackson-based Mississippi Baptist had run into trouble in computerizing its health records. Credit rating agencies had said the four-hospital system was having a hard time managing patient stays and would have to invest more money. With the merger, the four hospitals are installing the electronic system used by Baptist Memorial. Both hospital systems had operating losses in recent years, in part because of heavy capital spending.

“This combination allows us to continue to be sustainable for the next hundred years,” said Baptist Memorial CEO Jason Little. He said the combined system would seek to improve the profitability of the four Mississippi hospitals.

Officials said no layoffs are planned. The hospitals have 16,000 employees altogether.

The Memphis system already has six hospitals in the northern part of Mississippi, including Oxford. It also counts seven hospitals in western Tennessee and one in Arkansas, with a second one planned for West Memphis, Arkansas. The Mississippi system has hospitals in Jackson, Carthage, Kosciusko and Yazoo City.

Mississippi Health Department data show the two Baptist systems, combined, had more inpatient nights in 2015 across their hospitals than any other group, providing nearly 16 percent of all hospital stays. The University of Mississippi Medical Center, including hospitals in Lexington and Grenada, was next, with 11.5 percent of all inpatient nights. Other important hospital systems include Tupelo-based North Mississippi Health Services and the Jackson-area hospitals run by Tennessee-based Community Health Systems.

Little said about $900 million of the combined entity’s $2.5 billion in annual revenue will come from Mississippi.

He said that the system will not seek to send more patients to its Memphis hospitals from Mississippi, but would seek instead to provide as much service as each hospital can support locally.

“Certainly, Jackson will continue to be an important referral center for not only the central part of Mississippi, but the entire state,” said Mississippi Baptist CEO Chris Anderson. Little said he would continue working with the combined system.

Hospitals nationwide have been merging rapidly over the last 20 years, in many cases bulking up to gain leverage in negotiations with insurers. Anderson said it would also allow for more efficient investment

“We’re seeing across the country that scale makes a big difference,” he said.

Oxford to elect two alderman in primary for residents…