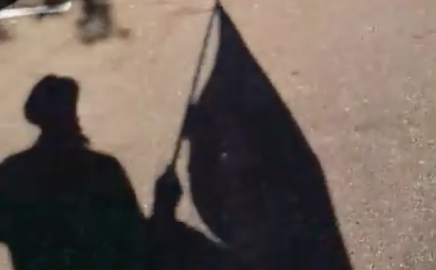 Matt Reardon was arrested Monday for disorderly conduct after being told to leave from in front of the Lafayette County Courthouse while holding the Mississippi state flag in front of a Confederate monument.

Matt Reardon said he stood in front of the Confederate soldier monument holding the state flag in front of the courthouse to show his support in light of the recent ruling by New Orleans to remove four confederate monuments for city property.

“I saw the confederate statue there looking lonely and I felt it needed to have a state flag in front of it,” Reardon told the EAGLE Tuesday. 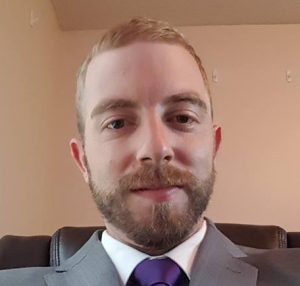 According to a press release from the Lafayette County Sheriff’s Department, released Tuesday night, the department received a complaint concerning assembly on the courthouse lawn.

Deputy Sheriff Timmy Pruitt responded and asked Reardon if he had a permit.

According to county law, anyone wanting to protest, demonstrate or use the courthouse lawn or surrounding property must first apply for a permit.

Reardon responded that he did not have a permit.

“I have the First Amendment,” he told Pruitt.

Reardon, 30, said he was standing in front of the Confederate soldier monument to “protect” it when Pruitt told him to leave.

In viral video Reardon posted on social media, words were exchanged and Reardon started walking away using profanity; however, he turned back to ask Pruitt his name and badge number. At that point, the video shows Pruitt placing Reardon under arrest for disorderly conduct. He was taken to the Lafayette County Detention Center where he was booked and later released on a $250 bond.

“Mr. Reardon was asked to leave because of no permit but he did not leave,” stated the press release. “Mr. Reardon became agitated and began using profanity. Therefore, Mr. Reardon was arrested for disorderly conduct and not producing a permit to protest or demonstrate.”

Reardon claims his Constitutional rights were violated and that he was alone and not protesting.

“I was just standing there in my place not having any confrontations with anybody,” he said. “It was just me. There were not other people standing around me. No one came up to talk to me.”

Reardon recorded the moments leading up to his arrest, which has been viewed 136,000 times and shared more than 3,000 times.

Comments range from support of Reardon and agreeing his rights were violated, to support for Pruitt for doing his job and upholding county law.

Reardon, who served in the U.S. Marine Corps from 2007-2011, said he plans on fighting the charge and filing a lawsuit against the county for violation of his First Amendment rights.