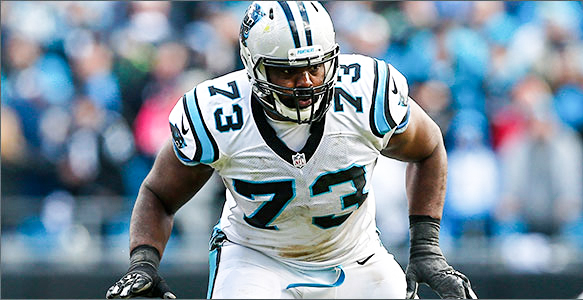 He is accused of assaulting an Uber driver in Nashville. Oher is scheduled to appear in court Monday.

According to an incident report obtained by the TV station, the driver picked up Oher and four friends at a house to take them to downtown Nashville with Oher telling the driver to follow another car leaving the same house.

An argument broke out, according to the report, when the driver suggested he take the lead after claiming the other car didn’t know where it was going, making Oher believe the driver was taking a longer route in an attempt to get more money.

The driver stopped at a gas station and opened the passenger-side door when Oher confronted him before pushing him to the ground and kicking him in the leg, according to the report. Oher was allegedly restrained by his friends at that point.

Oher has played eight NFL seasons after being a first-round pick of the Baltimore Ravens in 2009. Oher, who has also played for the Tennessee Titans, earned All-SEC and All-America honors during his four years at Ole Miss.

Oher rose to fame as the subject of The New York Times best-selling book-turned-movie, “The Blind Side,” which told the story of the once-homeless Oher’s recruitment out of Memphis’ Briarcrest Christian School after being adopted by Ole Miss alums Sean and Leigh Anne Tuohy.