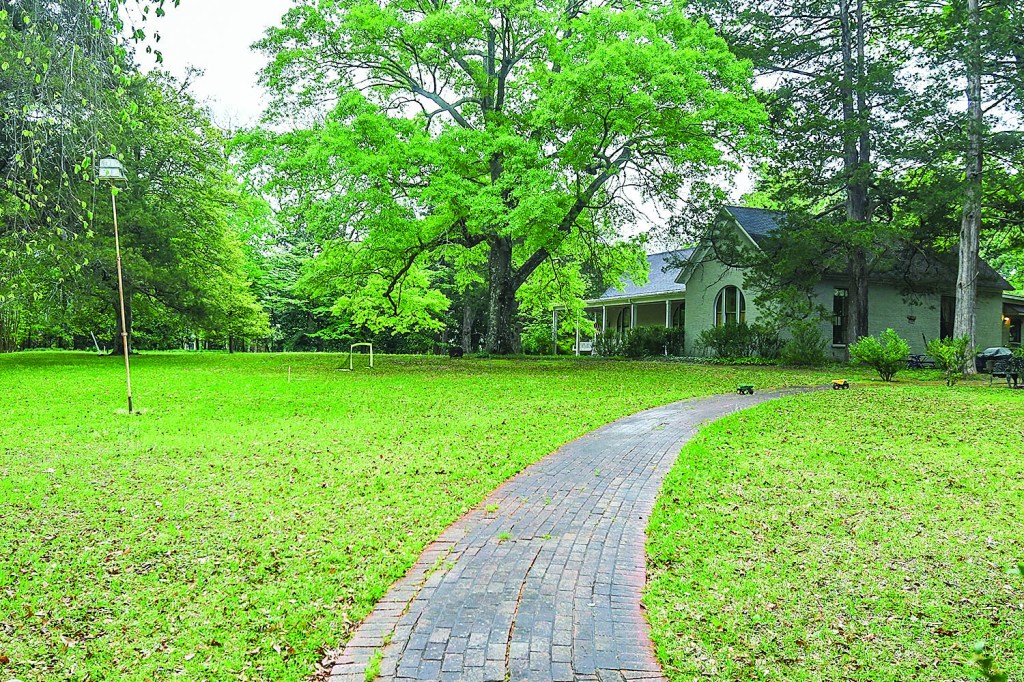 The Howorth property across from Rowan Oak may soon be the location of eight homes. Oxford aldermen approved the preliminary plat Tuesday for the first phase of the eight-lot development. (Photo/Bruce Newman)

Despite some concern over the possible loss of cedar oaks that line the land across from Rowan Oak, the Oxford Board of Aldermen approved the preliminary plat Tuesday for the first phase of an eight-lot development that surrounds the historic home of the late Jacob Thompson.

Owned by the Howorth family, the single-family residential subdivision will be developed by Old Taylor Development, owned by Tim Smith, in two phases. The first phase has four lots, with three being about a half acre in size and another about 2 acres, which is where the historic home is located.

Alderman Janice Antonow said she’s spoken with many people who live in the area who are concerned about the proposed subdivision but are too “polite” to confront the well-known and respected Howorth family.

“I know all our requirements have been met,” she said. “But I’ve had people concerned with the number of houses planned. They ask, ‘Why not 4 or 6?’ Lot number one is right across from Rowan Oak and has all of those mature trees.”

Antonow asked Tom and Andy Howorth, who were present at the meeting, to consider leaving the lot that is closest to the driveway into Rowan Oak alone and not put a home there.

Realtor Wil Matthews, representing the developer, said in the first phase, which would only consist of three new homes, most of the large trees would be left alone.

Matthews said only one tree would need to be removed from lot one; however, several others would have to be removed from the stormwater detention system. He said a bigger threat to the cedar fronting Old Taylor Road would be from the city’s requirement to put in a sidewalk

The homes will be about 3,000-square feet, set back away from the road and would be cottage-styled homes in keeping with the surrounding neighborhood.

All proposed lots exceed the minimum 9,500 square feet for a lot in the single-family zoning district. When homes are proposed on these lots they will require a Certificate of Appropriateness from the Historic Preservation Commission.

The aldermen approved the preliminary plat unanimously; however, several said they’d like to revisit whether a sidewalk should be required due to the number of trees that could suffer damage.

Antonow voted in favor of the preliminary plat but asked the Howorths again to reconsider building on the lot across from Rowan Oak.