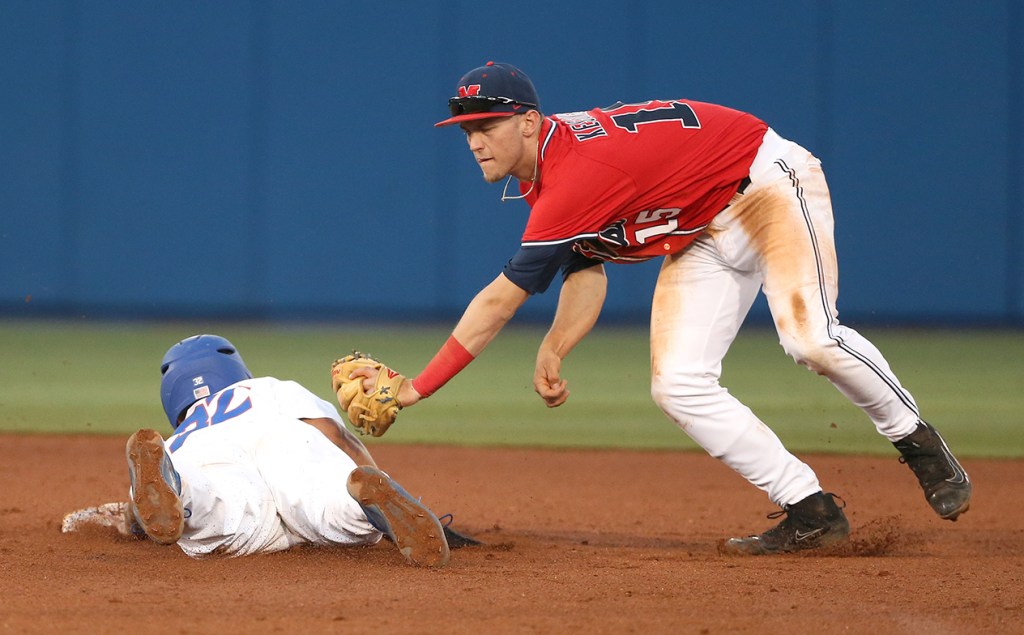 Ole Miss mustered just five hits against Alex Faedo and the Gators’ bullpen in an 11-2 loss Friday at McKethan Stadium. Florida scored all of its runs in its final five at-bats to hand the Rebels their third Southeastern Conference series-opening loss in the last four weeks.

Faedo (7-1) got the better of James McArthur in a matchup of teams that began the series in the top three of the SEC in earned run average. The Gators’ right-hander, a projected top pick in this year’s MLB Draft, scattered three hits and walked three while striking out nine in six innings. Tyler Dyson fanned five in two innings of hitless relief.

McArthur (3-4) kept the Gators scoreless through three innings, but Florida broke the game open with a seven-run fourth to chase the sophomore right-hander. Ryan Larson provided the big blow in the frame with a grand slam as Florida finished with 12 hits — half of them going for extra bases.

Every run was earned against McArthur, who followed up a career-long outing last week at Arkansas with his shortest of the season. He gave up five hits, walked three and struck out six in 3 2/3 innings.

Connor Green gave up two runs on four hits in two innings in relief of McArthur. Will Stokes yielded two runs on three hits over the final 2 1/3 innings.